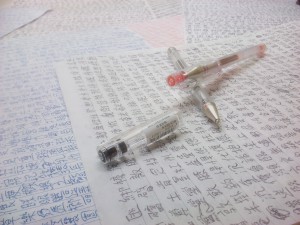 Learning Chinese characters is not easy, especially if you use the wrong method.

Even with the right method, it’s a task that requires time and perseverance.

In this article, I summarise the best advice I have on how to learn Chinese characters, based on more than ten years of learning, teaching and writing about Chinese.

My best advice on how to learn Chinese characters

I have much to say when it comes to learning Chinese characters, not only because it’s a complex task in itself, but also because it’s handled badly in many classrooms. I have already written about most of these topics before and my goal in this article is to summarise the most important advice.

That means that I will adress most questions you might have about learning Chinese characters, but that I can’t put all the details in this article because it would turn it into a book. Instead, I will provide links to further reading for those who want more.

Note: There is a lot of information here. You don’t have to read through everything from start to finish, so find the answers to the questions you have about learning Chinese characters instead.

Before we get started though, let’s discuss when you should learn Chinese characters. I assume that you’re not only interested in the spoken language (I doubt you’d be reading this article if you were). 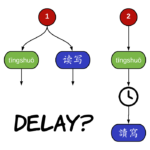 In part one, we’ll look at how to make sense of the Chinese writing system and understand how characters work. Understanding is important, because if research into learning tells us anything, it is that learning things that don’t mean anything is hard. The worst case scenario is regarding characters as a jumble of disconnected strokes and try to learn them through mindless repetition.

To help you figure out how the writing system works, I’ve written an in-depth series about words, characters, components and strokes, but since not all of you will be interested in reading all of that right now, here’s a brief summary with links to the main articles in the series.

There are also many articles dealing with more specific aspects of characters:

As we have seen, vocabulary in Chinese is a multi-layered web and there’s much information you need to be able to look up when needed, although you should try to use learning methods and materials that limit the number of new characters. Here’s the best advice I have to offer about how to look up information about Chinese characters:

Apart from looking up characters in general,you also need resources to move up and down the knowledge web, either zooming in to look at the building blocks or zooming out to put the character in context. Some of these resources overlap with those mentioned above, but this is a different way of sorting them and is quite useful if you need to zoom!

As if learning thousands of characters weren’t enough, there’s also a lot of variation going on, such as that between handwriting and computer fonts, simplified and traditional characters, or just some character variants that look different in different contexts. Here’s my best advice regarding how to deal with these problems and find the information you need:

In part one, we looked at how to understand the writing system and find the information you need, but that’s obviously not enough, you also need to learn characters. This part is about that, starting out with what characters to learn and how to find them, then moving on to learning characters, some things you can safely skip, and then finally advice specific to writing by hand, including if this is actually something you need to learn in a modern, digital age.

2.1 Which Chinese characters and words should you learn?

This question is difficult to answer since it depends on your learning situation and how much Chinese you already know. Many formal courses also decide what characters students should learn, so if you’re enrolled in one of those, you don’t have much choice in the matter. If you do have a choice, though, here’s my advice for how to decide what to learn:

2.2 How to learn Chinese characters

Now that you have some characters that you want to learn, how do you go about learning them? Below, I have separated the process into several steps, so this one is only about the initial learning, but as most of you probably already know, remembering and reviewing is where the real challenge is at (more about that later):

2.3 Things you can safely ignore when learning Chinese characters

When you start learning Chinese, there are so many things you need to learn, some of which seem utterly useless. However, you can’t rely on your beginner knowledge to determine what to learn and what to skip. For example, I will argue later in this part of the article that stroke order is actually important, which seems odd to many beginners. Here are some thing you can certainly ignore, though, even if you learn to write by hand:

2.4 More about learning to write Chinese characters by hand

Unlike in most other languages, learning to write in Chinese is a separate skill that requires an awful lot of time to learn. As we have seen above, Chinese characters are not an alphabet, not even close to it, so they can’t be compared with the Arabic, Korean or Russian scripts.

While an alphabet can be easily maintained by reading and typing (you can probably spell almost all words you can type), this is not true in Chinese. It’s perfectly possible to be able to read well in Chinese and be able to type characters, but have only limited ability to write by hand. So, is it worth it, should you learn to write Chinese characters by hand? And if you do, how should you go about it?

I’ve learnt characters for more than a decade, and as all long-time learners can testify, Chinese character knowledge is something you have to use constantly or you will forget what you have learnt. This is particularly true for handwriting, but this part is not limited to handwriting in particular, but rather the general goal of remembering what we learn.

3.1 How to not forget the Chinese characters you’ve learnt

The first and most obvious thing to say is that you have to review characters to remember them. This can be done in many ways, such as reading a lot, typing, using apps to review and so on, but if you don’t review, you will forget most of what you have learnt.

3.2 Mnemonics and improving your memory

Memory is often seen as something fixed, so either you’re born with a good one or you’re stuck with bad memory for the rest of your life. But this is not true. Our ability to remember things can be trained, both in the sense that we get better at it the more we do it, but also in the sense that there are techniques and tricks that can vastly improve your ability to remember.

Some of these tricks have been known since ancient times, others have been discovered through research in cognitive science (a nice summary can be found here). Some techniques are hard to learn, but others are actually very easy!

3.3 Practical considerations: Where and how to review

Learning Chinese characters does not take place in a vacuum, so we also need to put learning into the general context of our daily lives.

3.4 Beyond beginner: Character learning in the long term

Finally, I’d like to offer some advice for those of you who have been learning for a while now.

The goal of this article is to provide a handy guide for all matters related to learning Chinese characters. There are probably things I have omitted or forgotten to mention, so if you have a question that is not covered here, please leave a comment below!

Editor’s note: This article, originally published in 2015, was rewritten from scratch and massively updated in February, 2021.