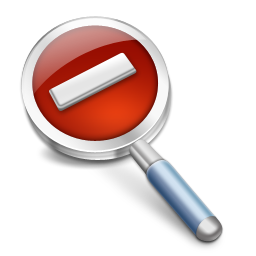 When you learn Chinese, it’s important that you don’t learn isolated chunks. Instead, you should integrate your knowledge as much as you can. This can be done in three ways.

First, as I discussed in last week’s article, you can zoom in, which means that you break down Chinese in order to understand it.

Second, you can zoom out, which puts what you’re learning into context. This is the topic of this article.

Third, you can also pan, looking at similar chunks at the same level and contrasting or comparing them with what you’re learning at the moment. That will be the focus of the next article in this series.

Now, let’s talk about zooming out and the importance of context.

Zooming out: Putting things in context

Zooming out means moving to a higher level, so going from components to characters to words to collocations and finally to sentences.The key factor to keep track of here is frequency. You need context, but not just any context, you need the most frequently used and/or the most useful context.

When it comes to character components and individual characters, it’s not interesting to simply know which characters a component you’re studying appears in, you need to know the most common and/or useful ones! The same is true for which words contain a certain character: you want to know which are the most useful.

Zooming out from words can be done on two levels: collocations and sentences. A collocation is just a sequence of words that often appear together. For instance, in English we say “make a mistake”, but which verb should you use in Chinese together with 错误/錯誤 “mistake”?

This is why you need to zoom out, you can’t just learn words and hope you’ll eventually end up speaking idiomatically correct Chinese. That might work in the long run if you really immerse yourself, but it will take years. If you learn the word sequence 犯错误/犯錯誤 it becomes a lot easier. This is especially important when the collocations are different from English. We don’t say “the rain is big” in English, for instance, but 雨很大 is idiomatic in Chinese.

The next step is of course to include phrases or sentences, which is good because it teaches you much more about Chinese grammar. Furthermore, Chinese is actually spoken and written in phrases and sentences, not isolated words, so this is essential for practical language ability. Finding good sentences is hard, though (see below).

When it comes to collocations, frequency is usually the most important guideline. You want to know which combinations are the most common. When it comes to sentences, it’s less straightforward because the infinite number of possible sentences means that frequency is hard to calculate. Therefore, usefulness is a better guide to finding good sentences. Which sentences do you actually need to be able to use that contain the word you’re looking at?

A few words about collocations

I haven’t listed any resources for finding collocations, mostly because I know of no good tools that are easy to use. Most of the resources I use are for doing corpus linguistic research and aren’t easy to use if you don’t know what you’re doing.

If you still want to have a go, you can check the following:

You can also have a look at my article 21 essential dictionaries and corpora for learning Chinese.

in the next article in this series, we’re going to look at the most overlooked step of all: how to compare and contrast what you learn with other items at the same level.

That means dealing with similar character components, synonymous characters and sentence patterns with similar meaning and usage. This is important because many learners waste a lot of time trying to learn these individually, which doesn’t work well!