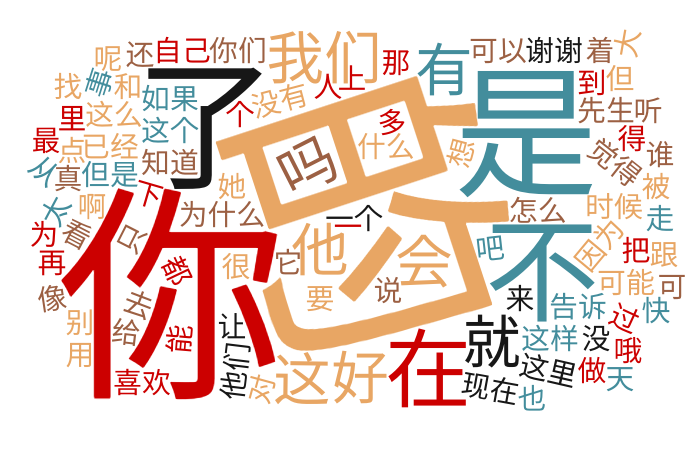 How much Chinese you learn depends on three things: how you study (method), how much you study (time) and what you study (content). Naturally, if you want to learn as much as possible, you need to maximise all three. Of these three factors, I think content is often overlooked, meaning that many care much about how they learn and how much time they spend learning, but don’t really think too much about what they are actually learning. I’ve written about this problem before: Three factors that decide how much Chinese you learn.

So, what should you learn? This is easy to answer in the abstract: you should study whatever is the most useful to you, based on your goals for learning Chinese. In practice, this is hard to answer, though, but fortunately, we can use frequency as a proxy for usefulness. This is based on the assumption that something that occurs often in the language ought to be learnt before something that is less frequent, simply because you’re likely to both use and encounter it more.

Please note that frequency is not the only proxy for usefulness. Other ways of accessing lists of useful characters and words include vocabulary lists from textbooks, standardised proficiency tests and more. For a discussion about that, please check the article below.

In this article, I will only talk about frequency.

The problem is that students, and sometimes teachers, have a simplistic view of what frequency lists are and what they can or should be used for. It’s easy to grab a list off the internet and use it as an absolute reference, believing it to show the most common components, characters and words.

It probably does, but it’s important to remember that all frequency data is based on small fraction of all language. Here are some questions that many students never even consider:

The answers to these questions matter. Below, I have listed the top 10 characters in two character frequency lists that are obviously based on different sources. Look at them and see if you can draw some conclusions regarding the corpus, i.e. what kind of language was used to generate these lists.

I hope this example has convinced you to not just grab random list you find after searching for one minute. I will introduce a number of frequency sources in this article and help you choose one that suits you!

Unlike other languages, Chinese can be broken down into much smaller pieces while still retaining some meaning. For example, if you take a two-syllable word and break it down, each syllable will be represented in the written language by a character that means something. Often, these characters can then be broken down into components that in themselves also mean something.

Frequency data can be used on all levels, but because of methodological issues, character frequency is what most people talk about. It is, after all, unambiguous what a character is since it occupies exactly one square on a page and it’s easy to calculate frequencies using characters as the unit. However, if you want to focus on spoken Chinese, you’re not much helped by character frequencies, but would much rather use word frequencies. If you focus on learning Chinese characters, you might also want to break down characters into components and see which are the most important to learn first.

In this article, I will introduce frequency data for words, characters and components, in that order. 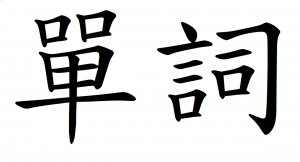 For spoken language (and perhaps written language too), words are the most interesting unit, since people use spoken words, not written characters, to communicate. Coming from a language like English, this might seem straightforward enough, just calculate the frequencies of words, right?

Not really. Chinese has no spaces between words, which means that it’s far from easy to figure out where one word stops and the next one begins. 红 (red) is a word, so is 灯 (light), but 红灯 is a word too (red light, as in ” stopping at a red light”). But what about 黄灯 (yellow light)? Or 紫灯 (purple light)? As you can probably see, this is not easy.

There are three ways of dealing with this problem:

So, in essence, while there ought to be a difference between how carefully the material was segmented (if at all), there really isn’t that much of a difference.

We’re now ready to look at the available resources for word frequency in Chinese. I have tried to put broadly useful resources at the top, but haven’t paid close attention to exact ordering:

Pew, that’s a lot! Have I missed anything, including easy-to-access derivatives of the above? Leave a comment! 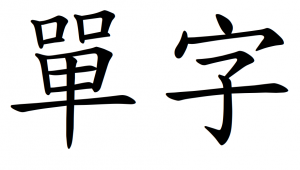 As I mentioned above, character frequencies are very easy to obtain (no segmentation needed) and there are numerous lists available online. The only thing you might want to care about is that they are based on a large enough corpus and that the sample is roughly matches what you’re after and isn’t very specialised in some area you’re not interested in. I have tried to order them with the most useful at the top: 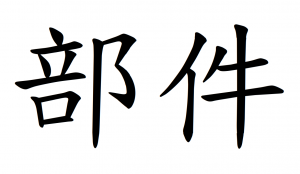 When looking at character components, the problem is similar to that discussed above regarding words. There is no unified definition of what a component is and there’s often more than one way to break down a character.

For example, the character 行 was originally a pictograph showing a road intersection. So, in a sense, it can’t be broken down and should be treated as a component itself. However, if you just look at the modern form, you can visually break the character down into  彳, 一 and 丁. Or take 想 as another example. Do you break it down into 心 and 相 and be done with it? Or do you then break 相 down into 木 and 目 and count each?

In fact, this kind of data is even trickier to deal with than words, because at least there is some consensus of what ought to be a word, it’s just not easy to apply computationally to a large dataset. When it comes to components, it’s even hard to find data!

As a shortcut, people sometimes use radicals instead of components, but there are many more components than there are radicals, so that doesn’t give the whole picture. Other times, people break things down as far as the result can be written with Unicode, damn the consequences. This leads to frequency lists where single strokes are the most common “components”.

Here’s my list created using the radical approach described above:

This list at HanziCraft lists productive character components in order of frequency. It was created by checking how often a component appears in breakdowns, weighted by the frequency of the characters it appears in. It’s a pretty good effort if you’re after visual breakdowns.

We also have this list over at HanziCraft, which lists phonetic components. There’s no frequency information here, but they are are commonly used, so I guess it’s better than nothing. This list also includes information about how they influence pronunciation, which is nice.

If you know of more extensive and/or scientific lists for character components, please let me know. 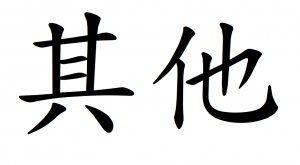 Here are some more frequency-related resources that don’t really fit in any specific category above, but that I thought someone might find interesting:

What about HSK and TOCFL, aren’t those list frequency-based?

Yes and no. While frequency of course was taken into account when creating the official vocabulary lists for these proficiency tests, they are not frequency lists in and of themselves. There are many words that appear very early in these lists, but which are rather uncommon. This is as it should be, because there are many words that are dis proportionally important for students.

However, there are also words that are very common in the language as a whole, and that are either omitted or delayed in the vocabulary lists for HSK and TOCFL. This is more interesting, because these might be words you’ve missed, but which are yet rather common and would boost your listening and reading ability if you  knew them. I’ve analysed the official lists to both tests in the following articles:

What important words are missing from TOCFL?

That’s probably more frequency resources for learning and teaching Chinese than you every wanted to see! Still, I suspect there are important resources I have overlooked. If you know of one that really should be included here, please let me know and I will update the article!