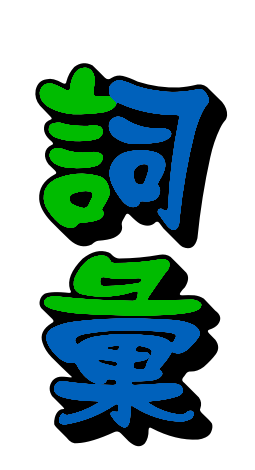 When you learn a another language such as Chinese, it’s clear that knowing many words is important. If you don’t agree, I don’t think you you’ve had a real conversation in the language yet.

When it comes to speaking and writing, you can sometimes get away with a smaller number of words because you can control what you say, but when you listen to someone else speaking or when reading, you don’t have that control.

If the person is talking to you, it might still be okay, but if she’s talking with someone else, it becomes much, much harder.

The number of words isn’t the point

However, the number of words you know isn’t very interesting in itself, because it matters a lot which words you learn. If you learn the most used 1000 words, you’ll be able to make yourself understood, but if you choose the 1000 words by chance, you’ll hardly be able to say anything at all.

Just to show you the power of knowing the right words, this page is written using only the most used 1000 (in the spirit of the Thing Explainer). I have only added the word “Chinese” since “Middle Land Language” sounds a bit strange! If you don’t believe me or want to try yourself, you can check it out here (it will show you which words aren’t among the most used 1000).

Which words should I learn?

So, now that we know that it’s important to learn many words, but that it matters even more which words you choose, the next question is clear: Which words should you learn? Where do you find those words?

The short answer is that you should learn the words you need the most. What this means is decided by a number of things, such as for how long you have studied Chinese:

When you listen and read, learn anything that you come across often (at least three times). Read on your computer or phone to make looking up any other important words easy, without having to learn them. When you speak and write, learn anything you find yourself needing to use often.

Learning words when you already know a lot

For those who have studied Chinese for a long time, this becomes very important. The words you find in books written for students in this stage of learning are usually narrow and not something you really have to learn. They seem to be chosen without much thought for what language students actually need.

It’s also the case that while there is only one way of knowing nothing about Chinese, a few ways of knowing very little, there are many ways of knowing a lot. Your interests, the way you study and who you are will lead to different situations.

Books for learning Chinese also start using hard words too early, so even though it might feel like you’re taking big steps forward, you might leave many important things behind. Because of this, the more you learn, the less you should learn words suggested by others, and instead move on to words you really need or want to learn.

Filling in the holes

Are you listening and reading enough?

If you feel that you need to know more words but don’t know where to get them or don’t feel that you see or hear enough new words, the way forward isn’t to just add a large number of words you find somewhere and start learning them.

Instead, this is a sign that you aren’t listening and reading enough. You’re probably not using Chinese for speaking and writing enough either. If you did, you’d already have many words and expressions that you need to learn. Not having enough words to learn is a sure sign that something is wrong with the way you study.

To help you and other students to fix this problem, I often hold events where students can learn more Chinese by studying and learning together every day. There is one event for every time the moon goes around the Earth, and this time it’s about becoming better at listening to Chinese. You can learn more about the event and how to sign up here.