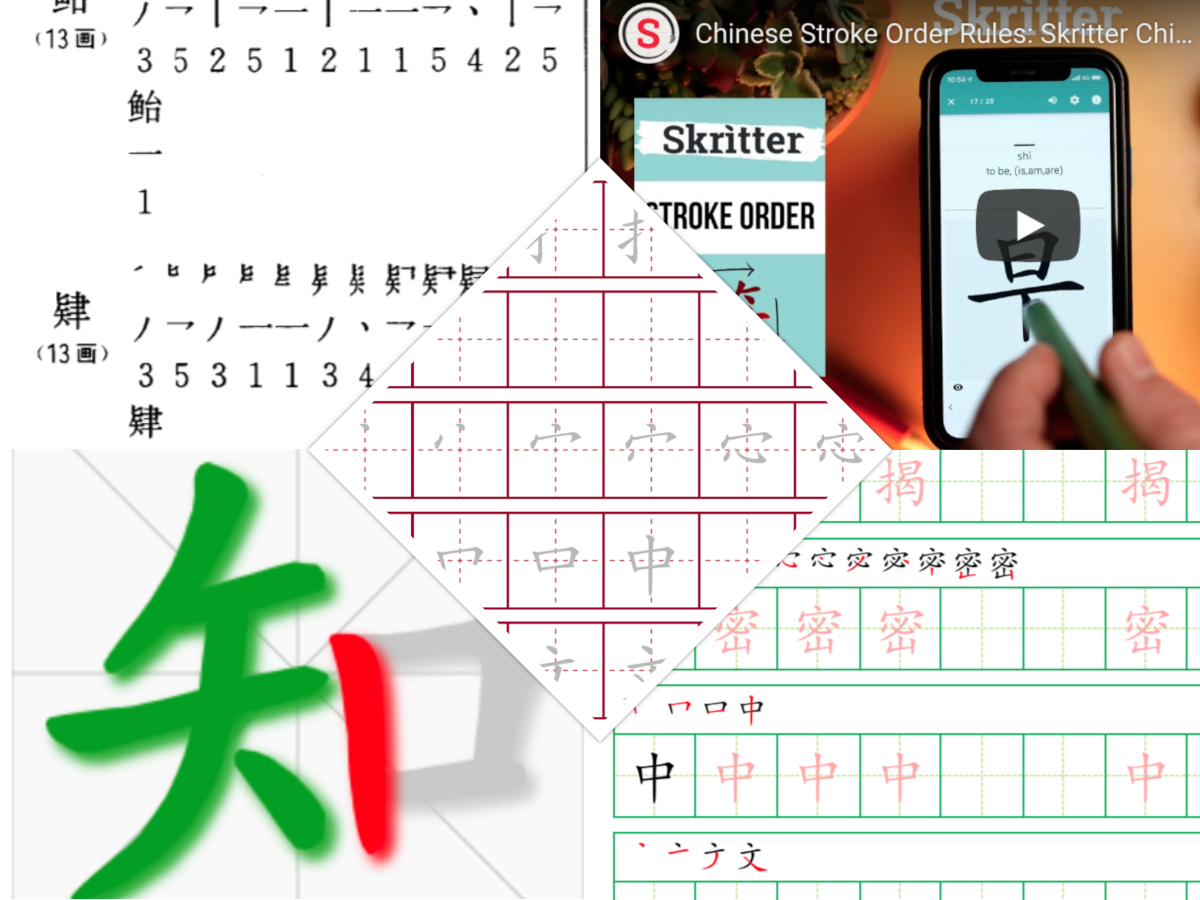 Yes, but this becomes easier the more you learn and is not an issue after a while. You need to do that because it represent a natural way of writing the characters, and it makes your handwriting easier to read. It also makes it easier for you to read other people’s handwriting!

The follow-up questions about how to learn and what resources to use are a bit harder to answer in a single paragraph, though, so in this article, I have collected all the resources you need to learn stroke orden in Chinese. It includes everything from information about stroke order and how to practise it, to resources for looking up the stroke order for specific characters and generating your own printable worksheets.

This article contains the following sections:

About stroke order, why it matters and things to be aware of

More about handwriting in general

That’s it for now! I’m sure I have missed something, so if you know of a great resource related to stroke order, please leave a comment below!

Please note that the goal here is not to list every single resource, but the best of each kind, so I’m not really looking for a bunch of more videos about stroke order or apps that do the same as the ones listed here, unless they do it better or in a significantly different way.