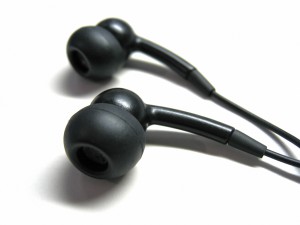 If you look at what methods work well for learning Chinese (or any other language), you will see the word “immersion” over and over. The analogy is straightforward: Chinese is like water and learning the language is like learning to swim. You don’t learn to swim by reading about it, you learn by getting wet, by immersing yourself, as often and as much as possible, but not so much that you actually drown.

Many students mistakenly believe that going to China equals immersion, but it can be easily demonstrated that this isn’t true. You can create an immersion environment in your home country. It’s also perfectly possible to go to China and stay in an expat or tourist bubble, thus only coming into contact with slightly more Chinese than your friends at home. The only significant difference between immersion at home and abroad is that it takes more effort at home.

This month’s challenge is about improving listening ability, so in this article, I want to focus on the listening part of immersion. Listening ability is a tricky beast. While there are some things to say about how to improve, it’s much more about exposure than anything else. You learn to understand Chinese by listening to Chinese, preferably with varied input from different speakers and, once you reach an intermediate level, with different regional accents.

Now, humans are not machines, so most of us can’t just program ourselves to listen to Chinese for six hours a day for months or years. If we could, our listening skills would sky-rocket and all other skills except handwriting would be dragged up along with it. I’m not going to focus on why it’s hard to “just do it” for such an extended time. Instead, I’m going to focus on how to overcome the problem of enabling yours to listen to as much Chinese as you ought to.

Three steps to enable yourself to listen to more Chinese

I have already discussed the first step in several articles, so let’s look at an overview here before we move on to the more interesting second step. In essence, “suitable” means “comprehensible” and “interesting”. Here’s what I have to offer in terms of finding resources:

2. Making it easy to listen to Chinese

One thing I have learnt on my journey towards a better understanding of how to get things done is that controlling the environment is easier than controlling one’s own behaviour, and that it’s usually more effective. If you want to do something a lot, say an hour or two every day, the first step you need to take after finding audio is to make sure that it’s really easy to listen to it.

Here are some suggestions:

It you have succeeded with the first two steps, you’re still not home and dry. The real difficulty lies in keeping this up for weeks and months. Sure, you can vary the amount of Chinese you listen to, but if you study full-time, you have no excuse for allowing it to drop below an hour a day. That’s not easily achieved, especially if you have to create the immersion yourself by finding audio and then making it accessible.

I have two pieces of advice for making it easier:

Listening to enough Chinese audio isn’t easy. It requires preparation and some discipline. However, the whole process can be made much easier by following the advice I have offered in this article. When I fail to listen as much as I want, it’s seldom because I don’t want to, it’s almost always because I have failed a seemingly trivial step such as transferring audio from my computer to my phone. that really shouldn’t happen! I hope that by discussing this issue, you will stand a batter chance at listening to as much Chinese audio as you should. Good luck!