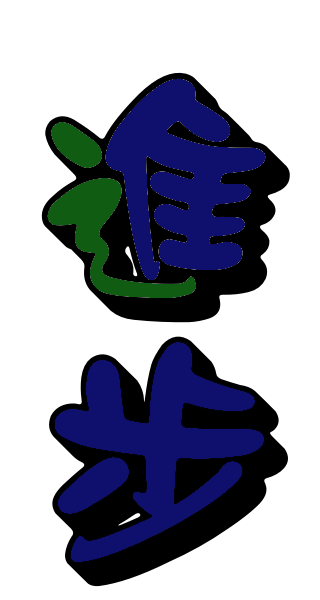 Language learning is a complicated process influenced by a large number of factors. These can loosely be sorted into two categories: those we have the power to change and those that are beyond our control.

The latter category is not very interesting for the individual student. It’s well known that some skills are harder to learn for adults than children, but that doesn’t really help you improve your pronunciation, it merely helps explaining why adults usually end up with worse pronunciation than kids. Age is not an interesting factor for you as an individual because age only increases as time goes by.

Therefore, the former category, consisting of factors that you can influence, is much more interesting. I normally discuss specific aspects of learning Chinese in detail, but in this article, I’d like to discuss the bigger picture for a change. I’d like to talk about three main factors determining how much progress you make in your studies.

I believe there are three main areas into which most other tweaks, hacks and upgrades can be sorted. There are things that fall in more than one category, but I can come up with few useful things about learning Mandarin that don’t fit in any. This includes all the articles I’ve written on Hacking Chinese so far.

The three factors are:

Below, I will discuss these in some detail and provide examples of useful advice in each category to give you an idea of what I mean. Before I do that though, I’d like to arrange these three factors in a simple equation:

Second, proficiency is the product of the three factors content, time and method; they are all multiplied rather than just added. This means that you can’t do without one of them; you have to make sure all are high if you want to increase your proficiency rapidly. For example, a very good method is useless if you don’t spend enough time, or even if you spend a ton of time learning, ti doesn’t really help if you learn the wrong things.

Now, let’s have a look at the three factors in more detail!

Content, or what you learn, is one of the most overlooked areas in language learning. Frequency analysis of spoken language shows that you can get far with a limited vocabulary, provided that you know the right words.

The same goes for the other skills. For example, knowing 2500 characters and the most common words associated with each will take you a long way towards literacy in Chinese, but that’s only provided that you know the right 2500 characters!

The problem with determining what to learn is that it’s not simply a question of frequency. Frequency lists are based on something, usually written texts. Does that mean that the most commonly occurring words are also those you need to know if you want to speak well?

Also, context is not included. Some low frequency words might be absolutely essential for you in your everyday life, whereas some high frequency words will be useless because you never encounter situations where they are used.

Content is a direct application of the 80/20 principle, i.e. the idea that you get 80 percent of the result for 20 percent of the work. If you can identify which 20 percent are actually crucial, you can ignore less useful things and improve proficiency quicker. This can be expanded to characters, grammar and so on.

I have written a few articles dealing with this topic:

Time is probably the most obvious and also most important factor for how much progress you make. If you don’t spend any time, you won’t learn anything. If you spend a lot of time, you will learn something, even if your method isn’t very efficient. Students who spend a lot of time usually outperform those who don’t. And so on.

When people ask me why my Chinese is so good (in their opinion), I usually just say that I’ve studied a lot. This is true! Yes, method makes a difference, but it’s only important if you’re already studying a lot. Tweaking a method you aren’t using is a waste of time.

This is most likely because time is kept constant. In other words, if student A and B study 10 hours a week and student A is 50% more motivated than student B (whatever that means), A won’t necessarily learn more.

However, this example is flawed. In the real world, time is not kept constant! The reason that the motivated student will probably learn much more in reality isn’t that learning becomes more efficient, it’s because that student will spend far more time learning. All other things constant, of course she’s going to learn more!

I have covered time in several articles:

Method is perhaps the factor most people associate with Hacking Chinese. Indeed, the whole site came about as an attempt to address a perceived lack of discussion about how to learn pronunciation, characters, grammar and so on. Therefore, most of the articles I’ve write bare about how to improve your method.

However, the number of articles is more a reflection of what I think is most sorely lacking than a measurement of how important it is. While I think method is important and there are many things big and small you can do to learn more efficiently, I think most students would benefit more from spending more time on learning in general.

I won’t list articles about learning methods simply because there are so many. Instead, I invite you to browse the categories and the archive to find articles about topics you’re interested in. Almost all of them deal with method.

Even though Hacking Chinese is mostly about method, I hope I have shown in this article that there are other factors you have some control over and that are more important than method. Both time and content are areas all students should work with actively, to spend more time mastering the most important parts of the language!