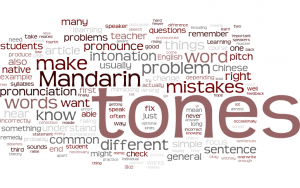 Learning tones as an adult student of Mandarin is a fascinating journey. For most of us, it’s also very long. But there’s no alternative; learning tones is a must and more important than most students think.

So, how long does it take to master the tones? This is a common questions in the introductory Chinese courses I’ve held.

The answer is that it depends on many things, including how good you are at perceiving speech sounds and mimicking them, how much opportunity there is to practise (either designated by the teacher or, more likely, on your own initiative) and how much good pronunciation matters to you.

If you have only one of these, the answer is probably that you will never master tones. With at least two of them covered, you will probably get there eventually. With all three, you should be fine, even if it will still take practice.

To be able to overcome your problems, though, you need to know what they are!

The reason I say that learning tones is a long and fascinating journey is that there are many different challenges to overcome on many levels.

Mastering tones in isolated syllables is one thing, but being able to piece together complex sentences on the fly and pronounce them with good tones and intonation is another beast entirely.

In this article, I’m going to list a number of different kinds of tone mistakes that students (including myself occasionally) make. This is very important, because the remedy is completely different depending on why you’re making the mistake. This is partly related to errors and mistakes in general, but there are several other things to consider when it comes to tones. Let’s have a look!

…and what to do about them!

Below, I have listed seven problems students have when learning Chinese. I have sorted them loosely in the order they are usually encountered, but that might vary from person to person:

1. Not hearing the tones 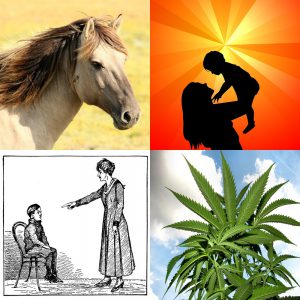 The first problem is the most obvious one. Your teacher tell you that syllables have different tones and mean different things, but to you, mā má mǎ mà all sound the same. Or some combinations of them sound the same. Or you can hear that there is a difference, but you don’t know what it is and can’t use it to reliably tell the tones apart.

That’s okay! Teaching your brain to hear the difference between the tones requires varied exposure over time, and won’t come overnight. My thesis research is actually about this very problem, so if you want to know more, you can check this article. You can also check my free tone training course.

2. Not being able to produce basic tones

Even if you can hear the tones (both individual tones or combinations of them), you might not be able to reliably produce them accurately. To learn this, you need to do two things: mimic native speakers and get corrective feedback.

First, just mimic the way a native speaker pronounces the tones (from your textbook or teacher if you’re a beginner). Record yourself, compare. Try again.

Second, you have to get feedback from a native speaker, preferably a competent teacher. I can’t stress the importance of this enough. You will not succeed without this! Try playing tone bingo (works with non-teachers too).

Finally, don’t get stuck on syllables! Most words in Mandarin have two syllables, so focus on tone pairs.

3. Not remembering the correct tone

This problem is common, but as a teacher, it’s hard to distinguish it from the second problem mentioned above. Even if you hear the tones and can pronounce them when asked to, you will still get it wrong if you don’t remember what tone(s) a certain word has, or if you remember it incorrectly.

This problem is actually not related to pronunciation at all, even though the result is that you pronounce something incorrectly. The remedy is simple: Make sure you focus on memorising the tones too, not just the meaning of the word and how it’s written! In short, learning tones in Mandarin is not optional!

I’ve met students who complain that native speakers don’t understand what they’re saying unless it’s something really simple. I investigate further and find that many or most of their tones are off. However, it often turns out that they can pronounce the specific tone combination okay, they just don’t remember what the tones are on that word.

I’ve even encountered a student who was baffled by my instruction to memorise the tones too and said something along the lines of: “What, do you mean I have to go back and relearn all the words I know?” Yes, exactly. Tones are not optional, even if they might just feel like unnecessary squiggles hovering over the letters.

If you want a good system to remember the tones, check this article: Extending mnemonics: Tones and pronunciation. Naturally, you should still learn how the word is pronounced by saying it right often and hearing it even more. Mnemonics are crutches you use when that fails.

Not remembering tones is not a problem only for beginner, of course; I forget tones too and I will continue to do so no matter how many years I study. The number of incorrect tones will decrease over time, though.

4. Not being able to produce tones in demanding contexts

Learning tones in isolation is never enough. Learning them in tone pairs is much better, but it’s still not enough. You might find that even if you know how to say 美国 (měiguó) correctly in isolation (it should be a low tone first, then a rising tone), but when it’s in the middle of a sentence, you make mistakes. Not with this particular word, but with tricky words in general.

This problem is common and will probably never go away entirely. In general, your ability to pronounce things correctly depends on how well you have internalised the correct pronunciation. If very well, then you need no conscious effort at all and will still get it right every time, even in the middle of a sentence. If you know it, but not that well though, you will make mistakes since speaking Chinese requires conscious attention to other things apart from getting the tones right. In other words, doing everything at once is much harder than doing them separately.

The remedy here is pretty simple: Practise speaking more. The more you speak, the more familiar you will become with the tones and less and less mental effort will be spent on getting them right. If you feel overwhelmed (which is normal), try focusing on one aspect at a time: Don’t try to improve everything at once, limit your focus.

5. Not being aware of phonological rules

Phonology is the study of how sounds are organised in a language and how those sounds interact with each other. While it’s seldom necessary to understand the details, it’s definitely necessary to know the general rules for how tones influence each other in Mandarin. Fortunately, this is quite simple compared to some other Chinese dialects.

There are basically three things you need to know; the rest will come from mimicking and practising:

Not knowing these things will lead to problems, both with individual words and with words in sentences. In general, the quicker you speak, the more the tones change. For example, while 我也很好 (wǒ yě hěn hǎo) can be pronounced as wó yě hén hǎo, it usually turns into wó yé hén hǎo in natural speech.

6. Mixing up tones and intonation

These words cause a lot of trouble because many people use them without being aware of what they mean.

Now, this is in theory not difficult to understand, but it’s still extremely common that students allow the intonation patterns of their native language to overwrite the tones in Mandarin, which will lead to incorrect tones and bad communication.

For example, in English, questions are usually signified by a rise of the pitch towards the end of the sentence: “Would you like some tea?” Compare this to: “I would like some tea.” In English, the final word in this sentence means the same, even if the pitch is rising in the first sentence and falling in the second.

Not so in Mandarin. If you change the tone this way, you will change the word. This is very common when beginners ask questions. They want to say a word they’ve learnt, but want to check if they got the pronunciation right, so they raise the pitch, thereby making the tone incorrect (unless it happens to be a second tone, of course).

The opposite is also common, i.e. falling on a a second tone at the end of a sentence because it’s a statement. For example, if you say 我想喝一点茶 (wǒ xiǎng hē yì diǎn chá) but pronounce 茶 as chà, you’ll be wrong.

Intonation does of course exist in Mandarin too, but it doesn’t overwrite the tones. Instead, the whole pitch range shifts, so to turn a statement with a fourth tone at the end into a question, you don’t raise it to a second tone, but instead make your fourth tone start and end higher than normal (but still a falling tone). I’m planning an article about intonation, so this will have to do for now!

My advice for this problem is to not focus too much on intonation before you get the tones right. The risk of messing up the tones is high and it’s hard to avoid. If you do want to practice intonation, mimicking naturally produced Mandarin is by far the best method.

7. Falling back into old habits

Finally, even if you can avoid all the problems mentioned above, you will still make mistakes, especially if you have learnt something incorrectly from the start. For example, if you failed to notice that the third tone is usually a low tone, then read my article about it and understand how it works, you will still get it wrong occasionally. I fixed most of my third tones almost eight years ago and I still make mistakes sometimes.

The only way to fix these problems is to stay vigilant. If you can hear your own mistakes, you should be fine. I can often hear when I make a mistake and fix it automatically. If you care about pronunciation a lot (which is a must if you want to fix this), make sure the people you enlist to help you know this so that they can remind you. Gradually, you will make fewer and fewer mistakes.

If you thought that pronouncing tones in Mandarin was simple, even in theory, I hope this article has changed your mind. I also hope that you understand the importance of knowing what kind of problem you have, because the steps you take to fix the problem can be very different!