Learning any complex task requires many distinct processes to work smoothly and in unison. For instance, I practised Tai Chi for many years and when competing in form (with or without weapons), there are ten different criteria on which the judges rate your performance. When competing, all these components have to be present if you want to earn a decent score. The problem is that nobody can keep ten different things in mind at any given time, so while useful for competitions, judging someone who practises on all the ten criteria at once is bad. When we practice, we need to focus on one or two aspects for a while until these have improved, then shift focus to something else. Cycling through the various components in this manner, we will gradually improve our overall ability for all the different criteria. 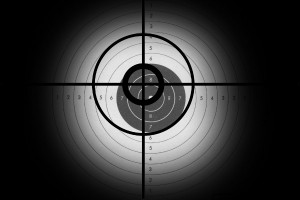 This is of course directly related to learning languages. If we take speaking Chinese as an example, there are many processes that must run smoothly if we want to produce intelligible and good spoken Chinese. We need to handle pronunciation of the syllables, tones, stress, word order, word choice and much more. This is very much like Tai Chi. Our overall ability is judged on a combination of all these aspects, but it’s impossible for us to focus on all of the at once. We need to focus on just a few things, even if we aim to improve overall in the long run.

Focus on only a few things at any given time

I suggest that we should focus on one or two things at a time. For instance, if we have language exchange planned for this afternoon, we could decide (and tell our partner) that tones should be the focus of today’s practice. If you focus exclusively on getting the tones right, it’s likely that you’ll start making other mistakes. This is okay, indeed it’s to be expected and a sign that you’re doing things the right way.

The problem is that we only have the mental capacity to focus on a few things at once. We can’t keep all the things we need to improve in our heads at once, so if we want to improve tones, we have to accept that other areas will suffer for a while. I suggest sticking with a specific aspect of learning Chinese until you feel that you’ve made significant progress. How you define that is up to you, but if you feel that you’re improving, then I think it might be time to shift focus. This might take days or weeks depending on your current level and what you’re focusing on.

Note that I’ve only talked about fairly big areas so far, such as tones or word order. You could and should limit the focus even more and during a period where you focus on tones, you can pick a number of smaller targets to home in on, such as:

The list could of course be made much longer, but those are a few things you could focus on. If you tell your teacher, language partners or friends that you’re doing this, they are more likely to be able to help you.

Shifting focus to the next target

How often you change target depends on a number of factors, such as the difficulty and size of the target. If you want to improve your tones in general, you could of course spend a long time only focusing on this and still not reach a perfect result. If you focus on a narrow topic like those described above, sometimes an hour will be enough.

Note that perfection isn’t necessarily the best thing here. Once you feel that you have made significant progress, you should move on to something else you need to improve. Languages are complicated things that can’t be learnt in a modular fashion, so even if it might be tempting, trying to learn everything perfectly before moving on to something else is a bad idea. Remember that just because you focus on something else for a while doesn’t mean that you won’t be able to return to old targets. Indeed, returning to something you have already focused on before is essential.

Identifying the next target

Your next target should be the factor that limits your proficiency the most. How you define “proficient” depends on what goals you have, but basically you should focus on whatever is currently the major hurdle to overcome before you can achieve the goal you’re currently striving for. If this is something you focus on only two weeks ago, then so be it, give it another go. Shifting focus often means that you will and should return to old targets fairly often.

Let me state the basic function on which all of this is based. When we speak Chinese, we can’t be aware of everything that we’re doing. If we pay attention to tones, we will perform worse in some other area. However, by explicitly practising tones for some time, the proficiency we gain is transferred into implicit skill, which will help us produce tones correctly even if we don’t think about it when we talk.

The reason this works is because things we consider difficult requires mental effort to do well and since our mental capacity is limited, it follows that we can’t focus on everything at once. By deliberately practising at aspect we find difficult, we lessen the mental stress that element requires to be performed well, which means that it can later be part of our natural speech simply because it does not make us exceed our mental capacity.

The danger of doing everything at once

Many people aren’t aware of the problems that might arise if they don’t focus on a limited number of things. This includes teachers, students and normal people. It’s not uncommon for teachers to correct a student’s tones for a few sentences, and then, as the student struggles to get them right, he of course makes a mistake of a different kind and mixes up the word order. The teacher points out that the word order is incorrect. The student tries again and succeeds, but now managed to pronounce an initial incorrectly.

And on and on it goes.

Needless to say, this is useless and may even me counter-productive. People don’t learn immediately, we need time to adapt and adjust, so shifting focus every 20 seconds is simply not going to do us any good. We have to accept that if we’re going to focus our minds on improving the third tone, we can’t expect to improve other aspects at the same time.

Other people shifting the focus for you

If other people keep shifting focus for you, the best thing you can do is politely tell them that you think that it’s too hard to learn so many things at once and that, for the moment, you’re happy to focus on one or two things. Also mention that you’d be happy to focus on whatever other mistakes they help you point out, but later. Not now. If this is embarrassing or otherwise inappropriate, ignoring advice is also a viable option.

I had a diving coach once who gave excellent advice, but who shifted focus for every dive. If he told me to wait longer before twisting, he would then say that my landing was off, and when I tried to correct that, he would point out that I did some other mistake. I ended up picking one or two of the things he said and simply ignored the rest, which worked much better than the alternative.

We need consistent and deliberate practise in order to improve. This is only achievable if we select a limited area in which to improve, because otherwise the effort we spend will be diluted and lead to frustration rather than success. Exactly how many targets you have, how you identify them and cycle between them, is probably individual and there is little I can say about it. The most important thing is that you realise that if you aim at all the targets in the firing range at once, you’re not likely to hit anything at all.