Something that have made me very frustrated throughout my Chinese language studies is the way my own Chinese ability has been evaluated by teachers and institutions. As a beginner, I felt frustrated because the tests only focused on a very small part of the language. This turned out all right for me because I learnt the rest because I was interested enough, but it wasn’t okay for students who were less independent. I wrote about this problem in this article: The importance of counting what counts. Arriving in Taiwan, I wasn’t happy with the way that the written language seemed to be much more important than the spoken. 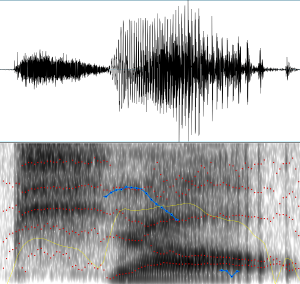 The problem hasn’t gone away, however, and even in my current master’s degree program, I feel that teachers have very strange ways of evaluating proficiency. I have also heard numerous students complain about their current language courses.. In some cases, a teacher claims to evaluate skill A, but is in fact evaluating skill B.

Case in point: Evaluating someone’s pronunciation by having them read very difficult characters they might never have seen before. If a student fails this test, you don’t know if it’s because he lacks skill A (pronunciation) or skill B (character recognition). Thus, it’s a very poor method to evaluate a student’s pronunciation. The same goes for reading aloud in Chinese; if the student fails, you have little or no idea what’s wrong, it could be because of problems with reading speed, character recognition, grammar or any number of other problems.

If we’re going to improve our pronunciation (or anything else for that matter), we need to know what we’re currently doing wrong. If we don’t know that, we might make small improvements just by practising more, but in many cases, you might actually perpetuate bad habits because you aren’t even aware that there are problems.

If we know what the problem is, we can make a concentrated effort to solve it. We can read about the problem, we can have other people help us and so on. Thus, I think it’s essential that Chinese teachers use proper methods to evaluate student pronunciation.

Let us look at three methods I have encountered that aren’t very good:

How to test pronunciation

I’ve spent the majority of this article bashing existing methods, which is a bit unfair if I don’t provide any guidelines for what to do instead. In fact, testing pronunciation is relatively easy, which makes the above methods seem even more quaint. Here are a few things to keep in mind:

How to evaluate the results

When you have a recording of your pronunciation, there are at least three ways you can receive feedback. Doing all three is of course the best if you have the time and the resources to do so.

What I have written about in this article is relevant for both teachers and students alike. As a student, you have to realise that your teacher might not have the time or the ability to help you with your pronunciation and that you need to take responsibility yourself. As a teacher, you should try to be aware at all times what you are actually testing. Finding out what the problem actually is the first step of any sensible plan for improving!