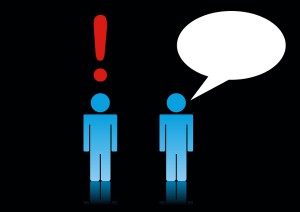 What languages do you speak? Do you speak Chinese? These questions are common and they both involve the word “speak”, even though they typically imply listening ability as well. We normally don’t ask about someone’s listening ability in specific languages, probably because it’s assumed that someone who can speak a language well can also understand it to a similar degree.

I think this is true, but only up to a point. There are certain cases where people spend too much time on speaking and as a result neglect listening. The reason is probably that speaking ability is more highly valued and more obvious than listening ability, and it’s also easier to measure intuitively.

To assess someone’s listening ability, you almost need to design a structured test or at least be very active and ask control questions to verify that the listener understands what you’re saying and isn’t just pretending.

Speaking ability is hard to assess as well, but we can form an intuitive opinion about someone’s speaking ability very quickly, perhaps after just a few minutes conversation. However, as we shall see, it’s a lot easier to speak than it is to listen, because when you listen, you can’t control the language content to the same extent as when you speak.

There are many reasons why listening is harder than speaking, but I’m going to focus on two major points here, one which is specific for Chinese and one which isn’t.

First, Chinese has a very small sound inventory (around 1000 common syllables) and the large number of homophones or near-homophones (words that sound the same or almost the same) in spoken Chinese makes it quite hard to understand. If you haven’t completely mastered tones, the number of perceived homophones sky-rockets.

Second, as I mentioned above, if you’re the one speaking, you can control the conversation, staying clear of areas you don’t know and steering the conversation towards areas you know. With just a few hundred words and some set phrases, you could probably have a conversation with someone and make it appear like it’s two-way communication, but in fact you don’t understand much of what the other person is saying except for the occasional keyword that you trigger on, use a few set phrases to express your opinion, improvise something using the words you know and then ask the other person a question in return.

This will work fine and you’re very unlikely to be found out except if someone is actively and competently probing your speaking ability. This mean that a video about how well you speak a language is pretty pointless, so if Scott Young just sent me a video of his proficiency in Chinese after 100 days, it wouldn’t have interested me much. However, after meeting him in person and talking with him in Chinese, as well as knowing that he also passed a formal exam (HSK4), I was quite impressed. A short video can give you a glimpse of what someone has achieved, but never more than that.

Listening ability is much more important than speaking ability

The problem with all this isn’t that I think a lot of people actively try to fake speaking ability or present themselves as being more proficient than they are, it is that it’s possible and you might even be doing it without realising that that’s the case. After all, impressing a teacher will give you a higher grade. This focus on speaking might make you skimp on your listening practise.

Speaking ability is important, but listening ability is essential. Speaking ability is mostly about using things you have already learnt, combining them together to communicate with others. This of course requires skill and practising speaking will help you do this more quickly and with less effort.

The problem is that you don’t learn many new things by speaking, you learn new things through listening, reading and/or studying. Of course, a conversation consists of both speaking and listening, but I’m convinced the listening part is actually much more important. Hearing mostly your own voice doesn’t teach you much.

The reason listening ability is so important is that it accelerates your learning in a way that improving your speaking ability does not. The more you understand of what’s said to you or what people say around you, the more you learn. This is very similar to the argument I’ve made earlier about knowing many words, which is indeed an important ingredient in listening ability.

Apart from this, I personally think that understanding what’s going on is more important for social integration than being able to express yourself. If you’re in a group of native speakers, it’s very hard to fit in or have fun if you don’t understand what people are saying; it doesn’t help much that your speaking ability is good, because what you say will be mostly monologues about topics you’re familiar with.

If your listening ability is very good, on the other hand, you can follow what’s going on and be a part of the group. Sure, your contributions to discussions might be limited in the beginning, but that will change gradually. In the meantime, you will learn a ton of Chinese just by understanding what the others are saying.

Is speaking more important than listening when learning Chinese?

No. It’s tempting to focus mostly on speaking when learning a foreign language. I know many beginners who spend a lot of time trying to say the words in the textbook, but very limited time trying to understand those words.

There’s nothing wrong with speaking from day one, I definitely think that’s a great idea, especially not if you have an immediate need of being able to speak with people where you live, but you shouldn’t allow that to overshadow your listening practice too much.

Don’t make the mistake of thinking that only knowledge which you can express counts. If you’re serious about learning Chinese, investing a lot of time in listening ability will give you better returns in the long run.