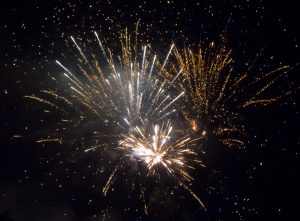 A new year has just begun and it’s time to look back at the year that was. 2018 was an unusually quiet year on Hacking Chinese, mostly because I’ve been busy working on other projects.

Still, some good articles were published in 2018, and in this post, I will present the top articles, based on a combination of visitor statistics and my own preference. If you want more, here are all earlier yearly summaries:

Here are the best articles from last year:

Cramming vs. spaced repetition: When to use which method to learn Chinese

Learning Chinese as an introverted student

People sometimes ask me if I ever run out of ideas. Having published more than 400 articles on Hacking Chinese, that’s a fair question. The answer is that I don’t think I will ever run out of topics to write about as long as I keep learning and teaching Chinese. There are always new angles to explore and different perspectives to write about. However, the lower output this year is partly due to the fact that I have already written about most topics I consider important and that can be easily written about.

While this might not always be apparent on the surface, some articles take much longer to write than others. For example, article number two (866 digital textbooks for expanding your Chinese) and article number four (36 samples of Chinese handwriting from students and native speakers) received about the same amount of attention, but the second one took at least ten times longer to produce.

I have many interesting ideas for articles, but many of them require a week to research and write, time that I don’t really have. This means that fewer articles get published, both because each take longer to write, and because it’s harder to break the work required down into manageable chunks. Spending a few hours one morning to write a draft of a straightforward article is not hard, but making one tenth of the research needed for a more ambitious article in the same amount of time is not as easy.

I don’t think that the number of articles will increase dramatically in 2019, but there are a couple of projects I really want to finish, so even if the total number won’t increase that much, you can at least look forward to more ambitious projects and related articles! If you’ve read this far, you probably care more about what’s going on with Hacking Chinese than most, so happy new year to you and all other readers!