“That guy looks exactly like Saylaw!”
“Like who?”
“Saylaw, the football player, you know?”
“Who?
“He’s one of the most famous players of all time! From Portugal, I’m sure you know about him.”
“You mean Ronaldo?”

Understanding language requires you to extract information from what is said or written, then combine it with what you already know; reconciling the two is called comprehension.

When learning a new language, this process is far from perfect and learners will often fail to extract some of the information available, sometimes most of it if the language is far above our level. Learning to read in Chinese presents a challenge, but listening is hard as well.

Beyond the obvious challenges of learning characters and learning to hear the sounds and tones, you need to know most of the words used and you need grammatical structures to slot them into a framework to make sens of them.

However, there’s more to it than that. Like I said above, to understand you also need to reconcile what someone says or writes with what you already know. Text or speech doesn’t contain all the information you need to make sense of it, and so the writer or speaker counts on you knowing certain things in advance. This gives rise to a problem that is not unique for learners of Chines, but is certainly more serious than when learning languages more closely related to English.

Let’s take a look at the dialogue shown at the beginning of the article again:

Let’s look at what happened here and then zoom out to the more general problem. The Portuguese football player Cristiano Ronaldo is usually called “C罗” in Chinese (rendered as “Saylaw” in the dialogue to approximate how most Chinese people would pronounce it, although “Seelaw” is maybe more common in Taiwan). If you’ve never heard it before, it’s very unlikely that you realise that C罗 refers to Ronaldo. 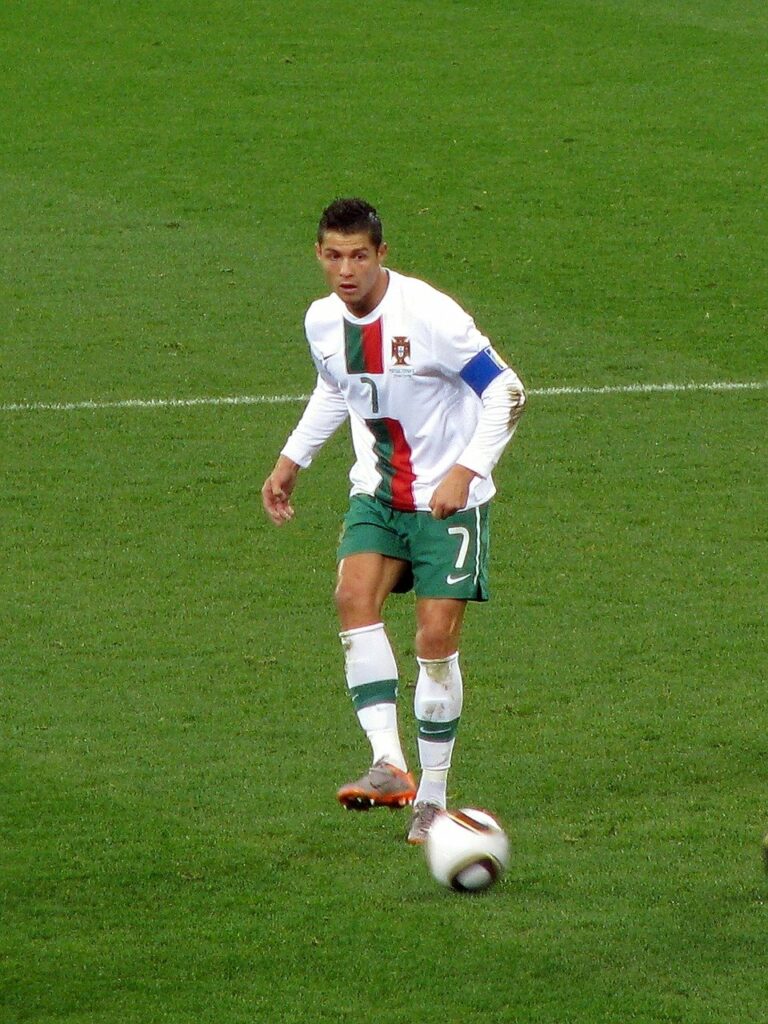 On the face of it, the name looks weird, so let’s have a closer look before we continue. There are many football players called Ronaldo (Wikipedia lists a whooping eleven), so using the first letter in his personal name and then 罗 (luó) as short for Ronaldo makes sense: C罗.

The reason communication broke down in the example above is that even though both people clearly knew who Cristiano Ronaldo is, they used names for him that were different enough that the listener was unable to draw on prior knowledge to make sense of the utterance.

The learner is lost in transcription, which is what this article is about. It could be argued that the same is true for words in general, but while everybody knows that words are different in different languages, people often don’t realise that even something like a person’s name can vary too.

This problem is common for people learning Chinese in two ways:

This is Hacking Chinese, so while this problem exists between languages in general, I’m going to focus on Chinese, and mostly from the perspective of second language learners like myself.

The rendering of foreign names in Chinese differs a lot more than in many other languages because of the fact that Mandarin doesn’t have all that many syllables and that characters with a fixed pronunciation are used to write the names. This leads to the same type of pronunciation problem that I discussed in another article about why you shouldn’t think of Chinese pronunciation in terms of English words, or vice versa:

So, foreign names rendered in Chinese often do not make sense to second language learners just by looking at them. This is not always the case, of course, and you can often guess what a name refers to even the first time you encounter it.

If someone says that they love the music of 贝多芬 (bèiduōfēn) and you fail to realise it’s about the old Ludwig van, then that’s on you, because bèiduōfēn really does sound quite similar to Beethoven. Likewise, if a person says they work in 巴拿马 (bānámǎ), you need to be very close-minded to fail to figure out that that’s Panama.

It’s worth noting here that cases that really don’t make any sense usually entered Chinese via some other topolect than Mandarin and therefore only make sense in that variety of Chinese.

For example, my native country Sweden is called 瑞典 (ruìdiǎn) in Mandarin, which makes more sense when you see that it’s seoi6din2 in Cantonese. That’s pretty close to how Sweden is pronounced in English. In Mandarin, those characters are pronounced ruìdiǎn, which is not as good.  This is quite common.

If you want to learn more about how names are transcribed into Chinese, this page over at Wikipedia is a good start.

Nigeria? Never heard of it! Oh, you mean Nírìlìyà?

When speaking Chinese, you can also run into the opposite problem, so if you say “Beethoven” with German (or English) pronunciation in the middle of a Chinese sentence about music, it’s likely that Chinese people will understand what you mean, provided they know about Beethoven. Same thing with Panama pronounced in Spanish (or English).

However, this doesn’t always work. Actually, it rarely works unless the person you’re speaking with is cosmopolitan enough to be used to talking to foreigners like you. This can be quite frustrating at times.

Even though it sounds silly, you can sometimes sinicise the name on the fly and make it work. For example, if you say “Nigeria” in English in the middle of a Chinese sentence, people might not understand you. How can you make it sound more Chinese? Try to say it using only valid syllables in Mandarin before reading on.

If we go by English pronunciation, ni ji ri ya, perhaps? All those are valid syllables in Chinese and it sounds like Nigeria, or at least it does to me.

The actual answer is 尼日利亚 (nírìlìyà), but I think it’s not unreasonable to assume that your version might work in context. The official name in Taiwanese Mandarin is actually 奈及利亞 (nàijílìyà), which is even closer.

Naturally, this will not always work, but I know from personal experience that my made-up Chinese versions of place names are sometimes more likely to be understood than their English equivalents. If you’ve studied Chinese for a while, you will have also built up a natural feel for how languages are transcribed. Or you can just look it up.

There being several different names in Chinese is also common, especially for recently introduced names, such as those of films, celebrities and so on. This can even confuse native speakers. For example, the Pixar film Up! Is called 飞屋环游记 in mainland China, 沖天救兵 in Hong Kong and 天外奇蹟 in Taiwan. Good luck figuring that out on the fly in a conversation about animated films! 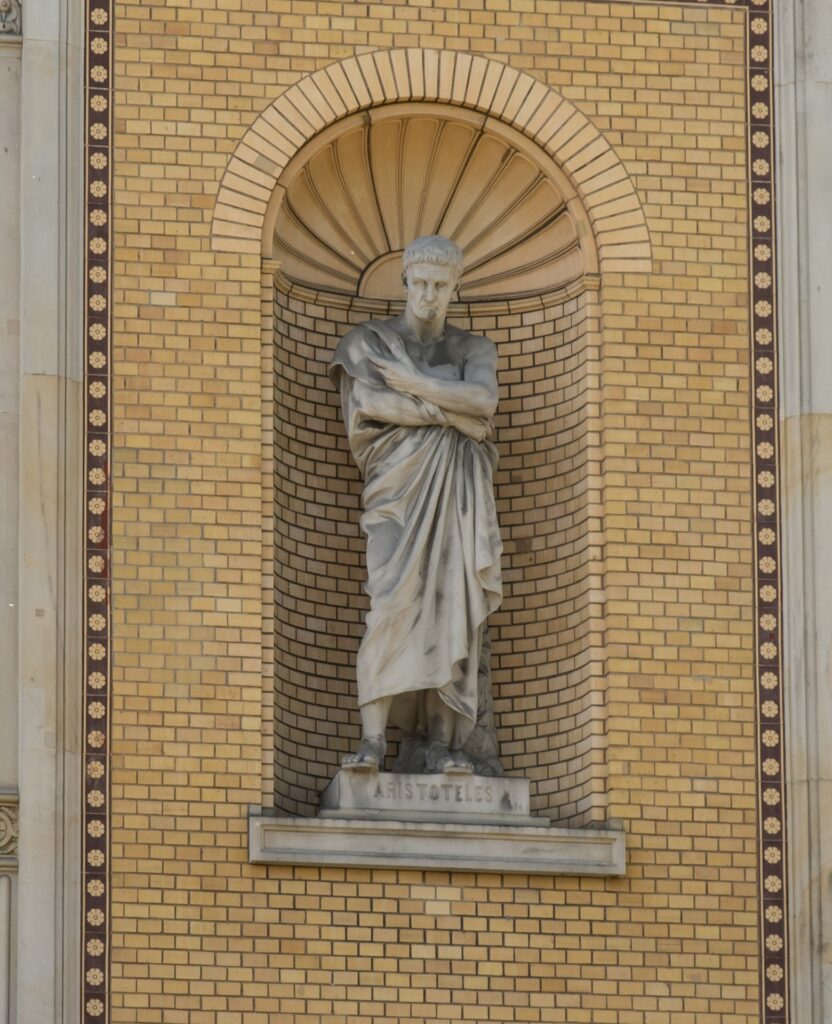 This is maybe a good time to talk about who’s right and who’s wrong when it comes to names. Who decides what something should be called?

In practice, speakers of a language call foreign things whatever they want. They certainly don’t consult speakers of the foreign language to see what they think, and definitely don’t care about what second language learners think!

However, I want to point out that it’s very Anglocentric to assume that the version we use in English is the “correct” one, unless we’re talking about a name originally in English.

As you can see, names can be very complicated, especially when they aren’t even taken directly from the source language, but is passed through one or more intermediary languages, as in the case with the word for Sweden in Chinese.

Let’s zoom out a bit. The reason that all this can cause problems when communicating is that we use names all the time, often counting on the other person to immediately recognise who or what they refer to and why we are mentioning them. This is so natural that most of us don’t really think about it.

The problem only becomes apparent when the labelling is so different in two languages that we fail to make the right connection, even though we actually know about the person or place named.

Naturally, in a friendly conversation like the dialogue above, this just leads to an interesting discussion (and in this particular case, what I hope you found to be an interesting article). After some probing, the correct links are established and everybody learns something and has a good laugh.

Most of the time, though, problems like this are not apparent. The most likely result is that you as a learner just fail to understand something, without even knowing why. Or the result might be that you appear less educated than you are because you don’t make the right connections when the labels are different.

How to navigate the labyrinth of names and labels

This problem is not something that goes away with a quick dose of immersion or a bunch of flashcards either. Think about how many names you’ve learnt throughout your life, not least in school: countries, politicians, cities, historical figures, mountains, celebrities, companies, books, films and so on.

This is not something you relearn overnight. You now know of C罗, but even if I think you might be able to guess who 小罗 is, would you have been able to catch that in a conversation?

Still, if despair was the only option, I probably wouldn’t have written this article. I think there are three practical take-aways here:

I have experienced the type of breakdown in communication that this article countless times when interacting with Chinese people, and you have seen some of the examples I’ve encountered.

What names have baffled you? What are some situations where differences in names have cause communication to break down for you? I’m sure there are plenty of great stories out there, and I would be delighted if you shared yours in the comments below!