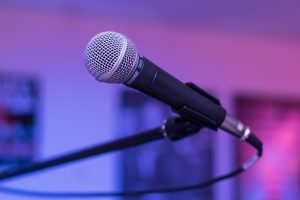 Do you think your voice sounds strange and awkward if you listen to a recording where you speak Chinese?

Let me be blunt: if your answer to that question is “yes”, you’re doing something wrong. Since I reckon that many people who read this article actually answered yes, or at least didn’t immediately say “no”, I decided to write this article.

Listening to your own voice

The awkwardness of hearing yourself speak and sounding like someone else goes away after a while though if you listen to your voice a lot. I’ve listened through at least a hundred hours of my own voice, partly because of language practice and analysis, partly because I’ve edited a video course and an audio book. I’ve also recorded a large number of Hacking Chinese articles for my Patreon page. Most of this is in English, but I’ve heard my fair share of myself speaking Chinese too.

Why recording yourself is such a good idea

Recording yourself provides a convenient, enlightening and cheap way to improve your spoken Chinese, including pronunciation, which is hard to get at in any other way if you don’t hire a professional teacher to do it for you (but even then I would recommend listening more to your own voice).

Someone trained to teach pronunciation is best, but any native speaker will do. Just ask them to highlight what you do wrong and have them say it for you to mimic. They may or may not be able to explain the difference. They may also try, but (unwittingly) give you the wrong explanation. However, native speakers saying you’re not doing it right is pretty reliable.

Record a voice diary – or something else

I think a voice diary is the perfect or similar way to go. You can record anything you want, it needn’t be formal in any way and you can talk about whatever you want. Naturally, you don’t need to publish it if you don’t want to. Apart from a voice diary, here are some other things you can record:

As I have pointed out earlier, using voice messaging to study pronunciation is also a good idea. Then you don’t need to record separately, because you can listen to the messages after you have sent them. You can also browse your history and listen to old messages.

It’s time to get to know your own voice

Most people won’t feel comfortable publishing recordings of the kind discussed here, but you could do so if you want to elicit feedback from people online or if you want to make it easier to share. If you publish or not isn’t the point, though, the point is that you should listen to your own recordings and let the conclusions you draw guide your learning.

So, what are you waiting for? Decide on one of the methods mentioned above and get started! It will take a while to get used to your own voice, but the mild awkwardness you will feel during the process is well worth it.