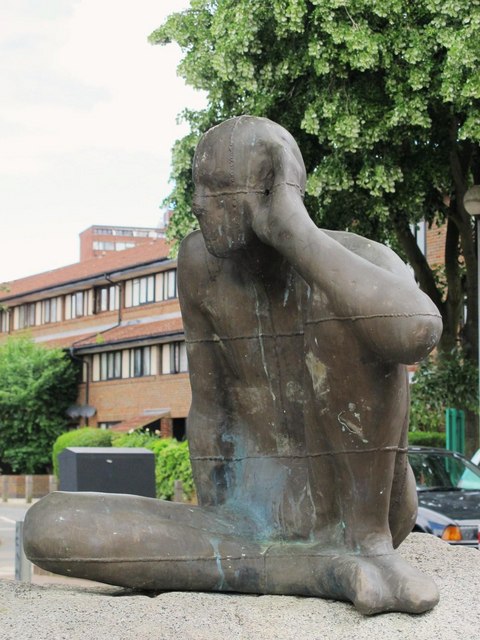 Let us look closer at what listening ability really is and what you need to do in order to understand something said to you.

Important: Some parts of this article have been rewritten expanded into a new article, specifically dealing with analysing problems with listening ability. This article is kept here because it offers a slightly different angle and contains some parts which aren’t about problem analysis.

Even though this is a simple analysis, we can see that listening is anything but simple. If you’re having problems with your listening ability, you might have problems with any or all of the above processes. Identifying which one you should focus on and figure out a way to do that is essential if you want to improve. Note that I don’t mean to say that these are sequential or even separate processes. A learner might have problem with any aspect or any combination of aspects at any time.

Since Chinese is a language with very few distinct sounds, this is a problem which should be most relevant for beginners. It may also happen to more advanced students when they encounter a strange dialect, but that’s outside the scope of this article.

Symptoms: You don’t seem to hear what people say. If someone asks you to write down what they say using pinyin, you don’t know what to write. You think that all syllables sound the same and the tones are just a mess.

If not, it’s quite obvious that you’re going to encounter listening problems. Focusing on learning to distinguish these sounds will not only help your listening ability, but will also allow you to pronounce Chinese more accurately. I think the best way to solve this is theoretical understanding plus lots of practise. You will get it.

This is a problem for learners at all levels. All people, native speakers and second language learners alike, have a larger passive than active vocabulary. This means that we know words we can’t use. Being able to associate a sound in Chinese with a word is not easy and requires time. If you have never heard the word before, you’re going to fail most of the time. Even if you do remember the word, the time required to do this might lead to a failure to understand what’s being said anyway. This is about listening speed.

In the first case you should learn more words; there probably are no shortcuts.

In the second case, you might just need more time to parse the sentence and associate what you hear with what you know. Listening more than once will alleviate any particular problem. To remedy the problem in general, you need quantity. Listen as much as you can, because every time your hear a word you know, the time you need to associate the sounds you hear to the meaning of that word will decrease.

Even if you can distinguish all sounds and can understand all the words, you’re still not home and dry, because you need to combine the vocabulary into meaningful sentences as well. This requires knowledge of grammar as well as being familiar enough with the words to parse them fast enough (see above).

Symptoms: You understand lots of words, but you still have no clue what someone is saying. It seems to be a jumble of random words that doesn’t make any sense whatsoever.

To get around this problem, you need to have solved the other two kinds of problems first. Then, you also need a fairly good grasp of grammar, because the problem you’re facing is that you can’t connect the parts of a sentence to a whole. The words used to do this is often grammar words like conjunctions linking sentences and sentence elements together. You need to know these words intimately, having to think five seconds before understanding what the following patterns mean is not good enough:

There are of course hundreds of these on different levels, but it’s essential that you know them and that you know them well. Focus extra on these in your textbook or elsewhere if you think long sentences are difficult. Understanding the structure of the sentence often allows you to guess the parts you don’t understand, but it’s very hard to guess the structure itself if you only know the parts.

Yes, listening is about practice

As we have seen, the remedy for most of these problems is simply to listen more. It will allow you to become familiar with the sounds, to associate sounds with words faster and to connect parts of a sentence into a meaningful whole. However, we have also seen that there are many things that can be don to enhance listening ability, such as focusing on key vocabulary.