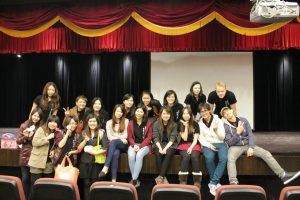 The story of how I learnt Chinese is almost finished, but I need two more posts before it’s up-to-date. I began this story with a post about why I started learning Mandarin in the first place, and followed that up with posts about my first year of studying in Sweden, my first and second year in Taiwan, as well as the two years I spent in Sweden before enrolling in a graduate program in Taiwan, which is the topic of this post.

Strictly speaking, you don’t need to have read the earlier posts to make sense of this one, but reading them first probably makes it more interesting!

A master’s program for teaching Chinese as a second language

As I mentioned in the previous instalment, my long-term goal for learning Chinese gradually turned into surviving a master’s degree program taught entirely in Chinese. In 2012, I started studying at 華語文教學研究所 (Graduate Institute for Teaching Chinese as a Second Language) at 國立臺灣師範大學 (National Taiwan Normal University) in Taipei.

To summarise quickly before I go into details, it took me two years to finish my courses and I learnt an awful lot of Chinese during this time. The first semester was a good example of a true learning challenge where mere survival required an almost heroic amount of effort.

Everything was new, including how the graduate program worked, how courses were structured and what it was like to study alongside native speakers. I was sort of used to living in Taiwan, though, which helped.

After that, things became gradually more manageable and I went from having to prepare oral presentations in detail in advance to being able to improvise with good results. I went from feeling very insecure talking in front of a large group of native speakers to being able to do so with confidence and relative ease, provided I knew the content. Even though it was tough at times, I think I not only survived, I thrived too!

The rest of this post will not be chronological; I will instead focus on some key aspects that might be helpful for other students.

There are several types of motivation that are relevant when learning a language. Drawing from various sources, I think the following categorisation is helpful:

You don’t have to have all three kinds of motivation to master Chinese, but you need at least one of them to be really strong (this is related to an earlier article I wrote: The three roads to mastering Chinese). For my time in the graduate program at NTNU, I had all three to various degrees, which allowed me to spend a lot of time and energy on learning.

Looking back at these two years, this is what I miss the most. I don’t think I will ever be able to do that again, to focus so much on something I’m truly motivated to do in so many different ways. 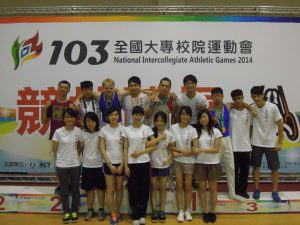 Please don’t stay in the classroom. I’m not a very extrovert person and I don’t feel comfortable chatting with strangers, but that’s no excuse. My way of getting to know people is to find or create common interests. I’ve always loved sports and had practised gymnastics for a couple of years in Sweden already, so I thought that taking that up would be a good idea. It was! Apart from having great fun, I also learnt a lot of Chinese.

You see, it’s very different to hang out with people who aren’t there primarily to hang out with you (which is the case if you met them for any reason related to language learning, including classmates, language exchange partners and so on). In my case, what brought all of us together was an interest in gymnastics, nothing else. Sure, some people might be more interested in talking with me because I’m a foreigner, but that wasn’t their primary reason for being there. I also met people from a variety of backgrounds, not only language nerds like myself.

Classroom learning is good, perhaps even essential for most students, but it’s never enough. It’s a secure little bubble. That bubble is good to have as a beginner because it allows you to make sense of things and gradually adapt. But the more you learn, the more you need to leave that bubble to visit the real world.

People don’t always speak the way they do in textbooks and they don’t know which words you have covered in your textbook. Making friends with people who are not leaning or teaching languages is important! You might not care for gymnastics, but make sure you find native speakers who share your interest, whatever it may be.

Improving beyond what’s needed to communicate

The final insight I want to share with you is that it’s really difficult to advance beyond what you need to communicate. The reason is that it’s not too difficult to spot if someone doesn’t understand what you’re saying or writing (they will sometimes even tell you), but it’s really hard to know if you could have changed something to make it more natural, accurate or smooth.

This is partly related to what I said above about instrumental learning above. If you have a certain task you need Chinese to accomplish, few will care how you do it, as long as it’s good enough. Here are a few examples:

I’m well aware that most people would be very happy if they could reach a level where they could speak or write about all these topics with little or no risk of not being understood, but my point here is that if you want to go beyond that, it’s really hard and it’s mostly your own responsibility.

It means going from getting it mostly right to being native-like. You’re not okay with your second tones being obvious give-ways that you’re not a native speakers, you don’t want your texts to look like a ten-year-old wrote them and you want your friends to forget that your native language is not Mandarin, at least when they’re not looking at you.

Achieving this is not easy. It’s entirely up to you. At this level, no-one really cares unless you pay them to do so, and even then it’s hard. Only you care. If you care enough, you can still make progress, and if you enjoy it, you can get pretty close to the goal. It’s a lifelong project and a continuous source of excitement and wonder, as well as frustration and disappointment.

In for the long haul

I’m now back in Sweden and spend most of my time trying to transform the things I’ve learnt into resources and materials that can help other people get through the process more easily. I still study Chinese, but not as much as I want to. I learn slowly through reading and listening, but even if I speak and write Chinese on a daily basis, I would need concentrated effort to really make progress in these areas. This is what I will talk about in the next and, for the foreseeable future, last part of the story of how I learnt Chinese.