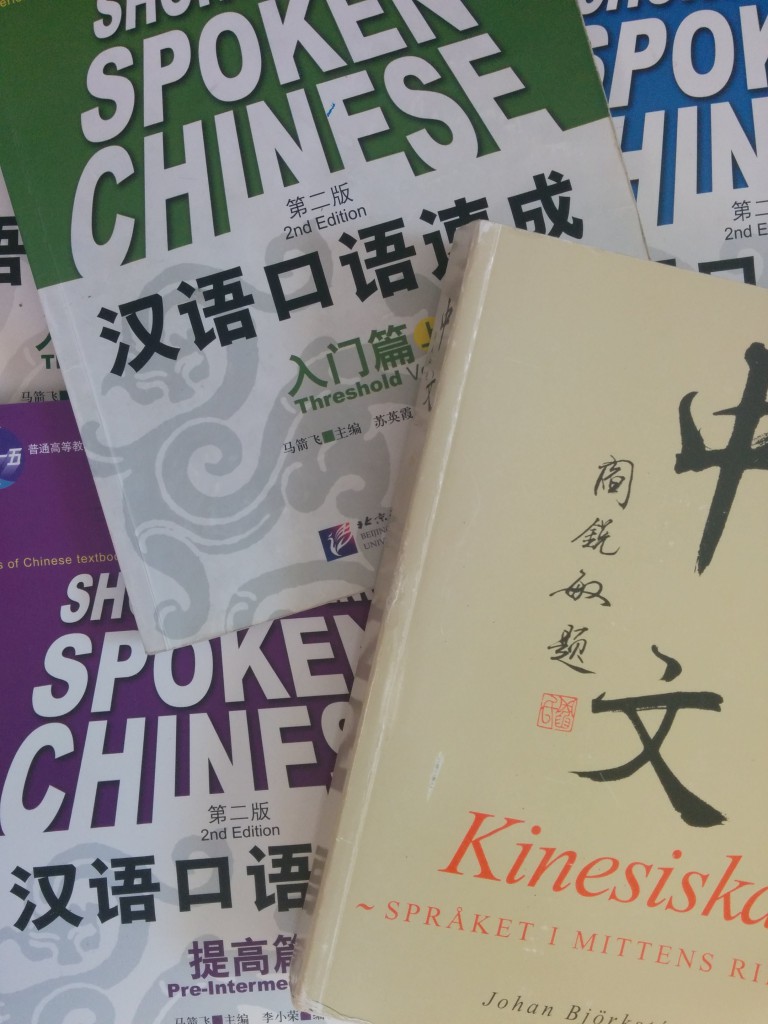 It’s time to continue the story of how I learnt Chinese. Last time, I talked briefly about why I started learning, and in this second part I want to focus on my first year of actual studying. I learnt a lot during this year, but it also highlighted many of the problems with the way foreign languages are treated at many universities.

This article is part of a series:

From the autumn of 2007, I was enrolled in an intensive university program that mostly focused on the language, but also contained a few courses related to the history, society and politics of East Asia. This was at Linköping University in Sweden.

The program is a good example of what language studying often means at many universities. It was a good program in that the topics and skills covered were covered well, but it left out too many things and was for from enough to prepare me for life in a Chinese-speaking environment.

Some lessons focused on general proficiency, including textbook reading, translation and drilling. Most vocabulary learning was done at home and then used and/or tested during lessons. We also had lessons focusing more on conversation and translation to Chinese, which were meant to cover the productive aspects of learning, but fell short mostly because the lack of class time, not because the actual lessons were bad (they were okay). Since we were around 20 students, there was little one-on-one time with someone who could actually speak Chinese.

Some textbooks are better than others

We used a series called Short-Term Spoken Chinese (汉语速成) which was bad, especially for self-studying. It only worked okay because the teachers provided supplementary exercises, explanations and learning materials. The English in the book was often misleading and sometimes incorrect. In the later books, the authors started using plenty of characters that hadn’t been taught without explaining them or giving the pronunciation, which made it a real pain to study (no OCR back then).

There was also a course in technical Chinese, which was included because this yearwas actually a preparatory step in a program in which students go on to study engineering and business with a Chinese profile. I found those courses more or less pointless because the content was so much above our general grasp of the language that we forgot of what we had learnt after the exam. This feels very much like later courses I’ve seen in business Chinese (hint: business Chinese is the same as normal Chinese until you have reached some kind of functional fluency, whereupon you can add the relevant vocabulary).

Insights from my first year of studying

I learnt a couple of things about language learning from this experience:

1) Even if the teachers are good, the curriculum might not be
2) What you do in class is almost never enough (grades vs. actual proficiency)
3) Language is communication, not just a subject to study
4) Rigorous studying of vocabulary pays off
5) Focusing on sentences is very useful for learning grammar

The main take-away from my first year of Chinese is that you can learn a lot if you study hard, but that you can also fail to learn how to use that knowledge if you don’t practice enough. No amount of theoretical studying and learning will enable you to communicate in Chinese, only real practice will accomplish that. I didn’t do that nearly enough during my first year.

How much Chinese did I learn?

Even though my methodology was far from good, I did learn quite a lot. I didn’t write detailed reports of my progress throughout the first year, but I wrote a fairly detailed report after the year was over. This is what I had to say about the four skills when I arrived in Taiwan, which should work as a general summary of what I learnt during my year in Sweden:

I learnt about 1500 unique characters the first year, but I have no record of how many words, but I would estimate around 2500. When I say “learnt” here, it means that I could write most of the characters, translate them back and forth, but without much fluency. I lacked any kind of fluency at all and it took ages to come up with the right words.

Beginning to learn how to learn

The first seed that would later become Hacking Chinese wasn’t sown during my first year because I didn’t fully realise how much I had missed until I arrived in Taiwan. That was when I started learning for real and realized both how flawed my earlier approach had been and, while different, how much I had to compensate for the way language lessons were conducted at various language centres in Taiwan.

Next time, I will talk about my first year in Taiwan. That was when I went from a passive, diligent language student to an independent learner bent on figuring out how to learn in the best possible way. Stay tuned!