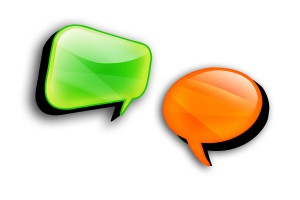 There are many people who advocate a very hands-on approach to language learning, urging us to simply use the language as much as possible and let learning (acquisition) take place along the way. They focus mostly on communication and very little on form.

This approach works, but it’s a lot harder for Chinese than for languages closely related to your native language (check what Scott Young said after his adventure in China after learning French, Spanish and Portuguese, for example). In order to be able to communicate in a language, you need certain basic knowledge, which takes somewhat longer to acquire in Chinese.

It’s all about efficiency

However, the main question I want to discuss in this article isn’t if it works or not, it’s how good the approach is and if there might be better ways of doing it. The reason I don’t really care about if something just works or not is that (almost) anything works if you spend enough time. Let’s look at vocabulary acquisition as an example:

You can learn characters and words without studying at all, but you’re going to forget most of what you learn unless you spend an awful lot of time using the language.

If it takes you ten minutes to learn a word, you’re not using a very good method. If you forget 50% of what you learn, it’s probably not a good method either. Just to give you an example, learning a character or a word might only take a minute or two if that time is spread out over time and spaced properly (the average time for learning an item in Skritter is just below one minute, for instance).

The point is that here on Hacking Chinese, I’m concerned with how well something works, how efficient it is. I’ve written more about this here: Learning efficiently vs. learning quickly. Now, let’s get back to learning Chinese through communication. As we shall see, the problem isn’t really that communication isn’t a good way of learning, it’s that it’s hard to do it enough for it to work properly!

Focusing on communication as a beginner

As a beginner, it’s very hard to spend enough time on communication with the limited amount of language you have learnt already. There are no endless sources of good listening and/or reading material for you (although you can find a lot here). If it’s extremely demanding for you to speak and write Chinese, you won’t be able to spend enough time to learn efficiently. You will burn yourself out or go crazy. This doesn’t really go away until you reach a level where you can understand Chinese written or spoken for a native audience, and speak Chinese for extended periods without tiring too much.

If you focus only on communication, you run the risk of neglecting some aspects of Chinese that are actually very important. Let’s look at tones as an example. You might argue that if tones are really important for communication, you would learn them by practising communication, but as I have argued in another article, this isn’t really the case.

This is because as a beginner, you don’t really need tones to make yourself understood, the listener can probably guess what you want to say anyway because the possible things you can say are very limited based on the context and the fact that you’re obviously a beginner. This does not mean that tones are not important for communication!

The same can be said about many other areas of Chinese, such as writing characters, pronunciation in general and perhaps also grammar and word choice.

I think communication is the essence of languages and also of language learning. Way too many people, especially in foreign language classrooms around the world, spend too little time actually communicating in the language they’re learning, not too much! I don’t want anyone to interpret this article as a call for less communication in general.

Communication is great for a number of reasons:

I want a lot of communication, but I want it mixed with actual studying. For most people, using some kind of spaced repetition is by far the best way of rapidly building and maintaining vocabulary. For most people, it’s necessary to focus explicitly on tones and pronunciation to get the basics right. For most people, drills help to expand our ways of expressing ourselves in Chinese, even at an advanced level.

Communicate as much as possible

The fact that it’s hard to communicate doesn’t mean that you shouldn’t do it. If you don’t, you’ll never learn Chinese. Many schools have no-English policies and this is a good thing if not taken to extremes. Yes, it’s easier to switch to English if you can’t think of how to say something in Chinese, but if you do that every time you run into a problem, you will never learn how to express yourself in Chinese. It is hard. It will become easier with practice. I will discuss no-English rules more in an upcoming article.

Focusing on communication as an advanced learner

Most people I’ve spoken with seem to agree that once you reach an advanced level, focusing mainly on communication is the smoothest and most common method both of maintaining and expanding your ability. I mostly agree with this.

For instance, I don’t study English grammar or vocabulary much and haven’t done so for almost ten years. Sure, I have used a lot of English and I listen and read English for many hours each day, but I don’t study the language as such, I just use it. The same is true for Chinese. I speak and listen a lot, read and write some, but I don’t really study Chinese that much nowadays.

However, there are areas where I think most learners should study more Chinese, mostly in relation to the areas I have already mentioned above. For instance, even though you might pick up a few new words here and there by using Chinese, you probably won’t remember all of them and some of them might be rare enough that you have forgotten them next time you see or hear them. This is where spaced repetition software comes in.

When it comes to speaking ability, I can express anything I want in Chinese with relative ease and in a language that is mostly correct and idiomatic, but my passive vocabulary and knowledge of grammar is much broader than my active skill. If I want to learn to express myself in a more varied and nuanced way or learn to use expressions I find easy to understand but don’t use myself, I would need to study.

The same is true for pronunciation. My pronunciation is good enough to almost never cause any problems, but that doesn’t mean it’s perfect. If I want to improve my pronunciation from this point, I need focused practice to improve. This is the only way to avoid fossilisation.

If I focused only on communicating in Chinese, it’s likely that I would improve slowly over the years and that my Chinese would be better ten years from now, but I know that if I really want to improve, I need to stop just using Chinese and focus on the aspects I have mentioned here. I already do so to some extent, but I really should be doing more.

Communication is the essence of language and it’s also the goal of language learning, but as I have argued in this article, focusing only on communication isn’t the best approach. I think we should use the language as much as possible, but I also think we need to study hard to overcome our weaknesses and learn more efficiently, regardless if we are beginners or advanced learners.