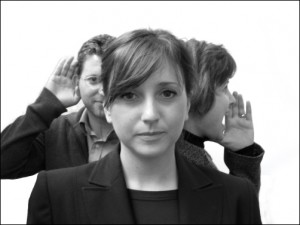 I’m known for being a bit obsessed with pronunciation and for me it is the most fascinating part of learning a new language.

Naturally, I realise that this isn’t the case for most students and therefore it is understandable that people sometimes ask me why I think pronunciation matters so much.

I could argue the case from a personal point of view and simply say that I like pronunciation and find it both interesting to study in theory and to improve in practice, but instead of doing that, I’m going to look at two arguments why pronunciation actually matters more than you might think, regardless if you like it or not.

First and foremost, there’s no such thing as having really bad pronunciation in Chinese and still being able to communicate perfectly. Bad pronunciation does influence communicative ability, albeit not always in an obvious manner.

In short, the more complex and less predictable your utterances become, the more important your pronunciation becomes. If the listener needs to guess what sound you’re trying to produce, it’s going to be harder to understand the ideas you’re trying to convey. This is the core message in The importance of tones is inversely proportional to the predictability of what you say. Of course, it’s true not only for tones, but all areas of pronunciation.

Why bother? If can make myself understood, that’s enough!

This is a very common attitude I’ve heard from many students, but I think it’s wrong. You can’t just say “communication is enough” and then regard pronunciation as something only for those truly interested.

All mistakes in a language affect communication in some way. If you make one mistake in every sentence, you can probably get away with it, but since it’s very unlikely that your grammar, word choice and so on are all perfect, it makes sense to try to minimise the number of errors, including in pronunciation.

For communication to work properly, we need to make sure that the sounds we produce in Chinese are correctly categorised by native speakers, but we don’t need to sound exactly like native speakers to be clearly understood.

To use a slightly more technical language, we could say that our speech needs to be good enough to lead to phonemically accurate judgements by native speakers, but we don’t need perfect phonetic accuracy.

What does this mean in practice? It means that it’s fine if your pronunciation of Chinese initials, finals and tones is a bit off (which will leave you with a noticeable accent), but it’s not okay if they’re off by enough to make it hard for native speakers to correctly process the sounds. If you want to say “jia” but it comes out somewhere between “jia” and “zha”, you have a problem and you need to fix it.

The number of mistakes matters, as well as the mistakes themselves

Naturally, given context, the listener might still be able to understand what you’re saying, but what I’m trying to get at here is that if you burden the listener with enough problems like this, they will have a harder time understand what you’re saying. You can of course be understood with a heavy accent in a language, but usually only after the listener has become used to the way you speak or if they’re familiar with your kind of accent from previous experience.

Apart from the fact that we don’t want to put to heavy a burden on the listener, the second and perhaps equally important reason that pronunciation matters is that it partly determines how other people regard you and your Chinese ability. To be judged like this is grossly unfair, but it’s still true and something we probably want to consider as second language learners. Let me explain this further.

The reason speaking (of which pronunciation is an important part) is so important is that most other language skills are mediated through speech, at least in everyday life and in real-life interaction.

You might consider Tang poems as light reading for breakfast, but if you can’t talk about that, people aren’t going to be very impressed. I can say that I have studied Chinese for so and so long, learnt so and so many thousand characters and that I have read several hundred books in Chinese, but it’s still hard to believe if I speak Chinese like someone who has studied for six months. To prove the passive skills, you almost need a standardised test, which is rather abstract and might be meaningless to outsiders.

Pronunciation is not like the other skills. It strikes the listener directly in the face (the ears, to be more precise). How good your pronunciation is in general can be judged very quickly and an opinion is formed automatically by anyone who hears you.

I guess this is similar to writing (and handwriting) at least back in the days before computers were used. It’s simply hard to believe that someone who writes like a five-year-old is an expert in another area of Chinese. It might of course be true, it’s just harder to believe it compared to if that person wrote perfectly.

Judging a book by its covers

For instance, take a few moments to think about immigrants in your have met in your own country who speak a broken version of your native language. Even though we don’t want to, it’s very easy to think that foreigners with good pronunciation are “better” than those that have poor pronunciation, including in areas which aren’t related to speaking or even to languages at all.

After publishing this article, Scott Burgan pointed out to me on Facebook that there is another advantage of having good pronunciation, namely that it helps you win the language struggle. A single sentence pronounced well and at a natural pace will convince most people that they can converse with you only in Chinese instead of insisting on English.

This is much harder (next to impossible sometimes) with good grammar, vocabulary, reading/listening and so on. Of course, this might also lead to the infamous binary judgement of foreigners’ language proficiency: “Either you know nothing your you are near-native”, so if your pronunciation is better than your overall ability, be prepared to ask people to repeat themselves and/or slow down!

Pronunciation matters more than you think

So, pronunciation does matter and that it matters regardless if you care or not. You might know that your Chinese is awesome, but if pronunciation is the weakest of your skills, it’s bound to have a big impact on how you are perceived by others. Since this can be very important both in a private, social situation and in a  professional or business situation, focusing more on pronunciation is usually a good idea.

Of course, you will eventually reach a point where it doesn’t pay off to invest more time in pronunciation, but that’s something different (I wrote more about that in this article fossilisation). It might be hard to fool native speakers into believing that you’re Chinese, but that’s no excuse for making basic mistakes with tones, initials or finals. Simply put, people stop caring about pronunciation too early rather than too late.