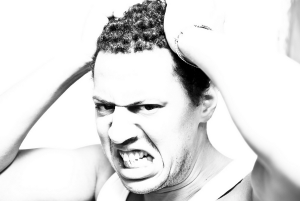 I have had my fair share of Chinese language courses, even though it’s also true that most of my study time has been spent on my own initiative outside class. This is generally what I find to work best, limited class time to learn the basics and some theory, and the rest experimenting and learning on your own (as in without a curriculum decided by your school; I don’t mean that you should stay alone at home).

Generally speaking, focusing on meaning is a good idea. That is to say, the goal with communicating is to convey meaning of some sort, rather than performing repetitions drills or being overly neurotic about form (perfectionism is usually not good for you).

However, there are cases when focusing on meaning can actually be a bad thing, at least for some students. Sometimes, what you want to express limits your learning potential.

When focusing on meaning stops you from learning Chinese

Even though an exercise is focused on communication, beginners aren’t able to speak freely about any topic. If you can’t convey what you want, focusing too much on communication can be frustrating.  For instance, I remember teachers (and textbooks) asking me questions like these:

Questions like these are common in all language courses I’ve attended (including learning English and French in Sweden). It’s a way of activating the vocabulary and grammar the students have already learnt and encourage them to use them expressing something real rather than just repeating after the teacher or reading sentences in a book. This is good.

The problem is that if you try to answer questions truthfully, you will (depending on your level) run into problems, because the answers are usually more complicated than you can manage in Chinese. If I were to really answer the above questions truthfully, I’m sure it would be hard to find a meaningful in just a few sentences. Talking about complicated things with very few words isn’t easy, especially if you care about the meaning you’re trying to convey.

Truthful answers are sometimes quite useless for language learning

This is how I might reply to the above questions given the vocabulary of a beginner:

I’m not trolling here, I think that the above answers are the closest I can get to the truth without giving a very long answer with simple words (after all, you can write a lot with only the ten hundred most common words), but that might be tricky for a beginner in Chinese because of word order, grammar and so on.

Given an hour with a friend, a beginner can probably convey a lot, but given one sentence and thirty seconds to think in class? Not that much, especially not if the teacher requires you to use sentence pattern A, B or C and words X, Y and Z. Trying to follow the instructions and communicate your opinion simply becomes too hard.

“It depends” might be the truth, but it won’t make you learn more Chinese

I actually had a classmate once who answered nearly all questions with “it depends” (得看 was his favourite word). This was because he felt that he couldn’t give a simple and truthful answer. He was right of course, if I say that Swedish people are more liberal than Chinese people, that’s a gross simplification that I feel very uncomfortable with. If I say that a certain book is my favourite, even though I actually don’t know which one is my favourite, it feels wrong. This becomes very tricky when dealing with stereotypes, which is common when discussing nationalities and culture in class.

Faced with this problem, some people resort to English, especially in a non-classroom settings. I have always tried to reply in full, using as much Chinese as I’m capable of, both in class and with language-exchange partners (in fact, I’ve spent a lot of time trying to express fairly complicated things with simple Chinese). However, there’s a better way:

Enter: A new you

Learning a language is like becoming a child again. This is both a curse and a blessing, but in this case, we have a thing or two to learn from children. Faced with questions such as the ones above, children usually give short and clear answers, most likely because they haven’t realised the full complexity of the question. These answers are sometimes really interesting and there are several TV programs and books about how children answer seemingly very complicated questions.

As adult language learners, we’re faced with the peculiar situation of knowing the complexity of the question, but only having the vocabulary of a child. This can be very frustrating.

One solution is simply to stop caring about expressing your own beliefs and views accurately. In other words, step away from who you really are and just select an opinion randomly and voice it or choose one aspect of the answer and ignore the rest. Sure, “being trustworthy” might not be the only true answer to what signifies a good friend, but it’s better for your Chinese than answering “it’s complicated” or “it depends” all the time.

Taking the role-playing one step further

If you really want to go crazy, you don’t need to care very much about reality at all when you answer questions in a learning situation (although I would advise you to alert your teacher and/or classmates before you start doing this if you care about what other people think about you). Answer as if you were someone else.

In reality you’re the only child, so whenever family is discussed, you have no 兄弟姐妹. Invent some! That way you will be able to practise both family terms in Chinese and how to talk about people in general. You can borrow my brother (he’s 25 and designs zeppelins) and my sister (she’s 35 and travels around the world to record other people’s dreams). This way, who you really are won’t stop you from practising Chinese.

Naturally, role-playing can be extremely useful as a learning tool, because you can design whatever personality or situation that you want to practise. As all learners know, it doesn’t take long before we can speak comfortably about ourselves and why we’re learning Chinese (because everybody asks and we give more or less the same answer). Switching personality and/or situation will allow you to explore other paths and broaden your horizons.

I’m a big fan of tabletop role-playing an have been playing and writing games for almost twenty years. Role-playing as a means of learning a language has huge potential, and I will explore this further in future articles, this is just one small example!

A final word to teachers

Please, please ask questions that can be answered. Don’t ask beginners if they think money is important or what they think about Chinese culture unless they can answer these questions meaningfully with the language they have learnt so far. These questions typically demand long and complicated answers.

Some of your students might be happy saying “Swedish people don’t like talking to strangers”, but some students (myself included) hate questions like this because we can’t answer without simplifying things to the point of being untruthful.

Others might feel it’s fine to say that they like Chinese culture because of it’s rich history, but some (again including myself) just feel frustrated by being asked questions that can’t really be answered.

Instead, be specific. Ask if they think that earning lots of money is the most important thing when finding a job. Ask how much money they think they need to be happy. Ask them to describe a specific difference between their own and Chinese culture, preferably related to what you’ve been studying recently. Ask what they think about the Chinese New Year and if there are any similar holidays in their country. If you’re going to force students to use specific patterns or words, make sure language is the problem and not meaning.

Ask questions that can be answered without being untruthful. Not everybody likes role-playing.