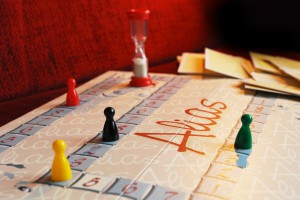 What if I told you that there is a game that helps you speak Chinese more fluently, is great for improving communicative ability and works well regardless of your current level? What if I said that the game is also fun to play and doesn’t require you to buy anything?

I’ve been interested in games much longer than I’ve been learning and teaching Chinese, but it’s only in recent years I’ve been able to combine these two passions. This has led to several articles, both here on Hacking Chinese and elsewhere, about games and language learning. At the university where I teach, I have also created a professional development course for language teachers focusing on how to use games to boost motivation and engagement in the classroom.

The game I want to talk about today is either the best or the second best game I know for language learning, only Codenames can compete, but while I like that game more personally, it’s more limited in scope and also harder to explain.

The core idea I want to talk about is not limited to one commercially available game specifically, but has instead been used in different forms in many games, the most well-known being Taboo and Alias. These are both word-guessing games where you are supposed to describe words so that the other players are able to guess them, but what you are allowed to say is restricted in certain ways.

In this article, I will explain how the game works so you can play it on your own, and then I will go through various ways of modifying the game to better suit your needs as a student or a teacher.

Here’s how the game works for two players, but you can easily add more:

A few beginner-friendly examples in Chinese

To make sure we’re all on the same page, let’s look at a few simple examples in Chinese. See if you can guess the right words! For an audio version, please check the podcast episode embedded above.

Were you able to guess the words? In a real game, you’d have been able to ask questions or receive more help, but I think this is enough to show how the game works!

If you want to check if your answers are right, the answers are written here with white text on white background, so just select the following text and you’ll see them:

Why word-guessing games are so good for learning languages

Most people enjoy this game for reasons completely unrelated to language learning, but there are many ways in which this type of game is excellent for learning Chinese and other languages. Here are the most important ones:

A good game is challenging, but not so challenging that it feels impossible. It’s therefore important to understand how the rules influence the difficulty of the game. Below, I present ideas for how to modify the game to make it easier or harder. Feel free to try different variants to see what you prefer!

As you can see, there are many ways to play this type of game and by fiddling with the above parameters, you can create a game that’s perfect for your situation. Everybody’s different when it comes to what we like and find engaging, so don’t hesitate to experiment!

Conclusion: How to improve fluency in Chinese by playing word games

I’ve used this game in many different contexts, with many different people and with several different languages. It’s always fun to play and can be challenging regardless if you’re a beginner or a native speaker. I’ve never come across a game with such a broad appeal that also has such strong advantages when it comes to language learning. If you want to improve your fluency when speaking Chinese, try playing a word-guessing game! Read more about how to use games for learning and teaching Chinese here:

Editor’s note: This article, originally from 2011, was rewritten from scratch in December 2021.