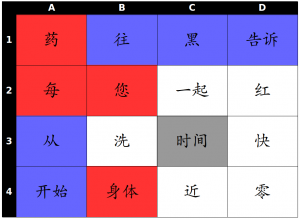 One of my favourite games recently is called Codenames. It’s a simple word game that is as simple as it is ingenious. While the game is designed with native speakers of a language in mind (just like most other word games), in this article I will introduce how you can use this wonderful game to learn and/or teach Chinese. I will explain how the game is played, how it can be adapted to Chinese and provide you with a tool so it becomes easier to get started.

If you want to read more about using games to learn languages, check these articles:

Codenames, one of my favourite games

Codenames is a game designed by Vlaada Chvátil and has won several awards, including the prestigious Spiel des Jahres. It seems to go down well with gaming nerds and normal people alike. Since I don’t want to spend this entire article discussing how the game is played, I’m going to link to a video that explains it well. Please note that while the original version requires at least four players (two teams of two players), two-player games are definitely possible.

So, now that we roughly know how the game is played, let’s discuss how this can be done in Chinese. Well, the obvious thing to do is simply to create cards with words in Chinese instead and play the game as originally intended. This of course works, but it’s going to be horribly difficulty for most learners of Chinese. We need to limit the difficulty here:

To help you with this, I have created a spreadsheet that automatically generates 5×5, 4×4 and 3×3 grids, filling them with words from HSK1, HSK2, HSK3, HSK4, HSK5, HSK6 or all of them, depending on what you choose. It then presents this in a grid you can either print, display on your phone or show your class using a projector. You can also print key cards (the cards that show which word belongs to which team and where the assassin is).

It generates the grids randomly each time, so you can play as much as you want. Here is a video where I introduce the spreadsheet and how to use it, including how to add your own words:

Please note that using the HSK words directly might not be a good idea since some of them will be very tricky, such as particles and grammar words. It probably works best if you select words manually and use the custom option!

Here’s an example of what it could look like in a classroom (by 杜晓璐): 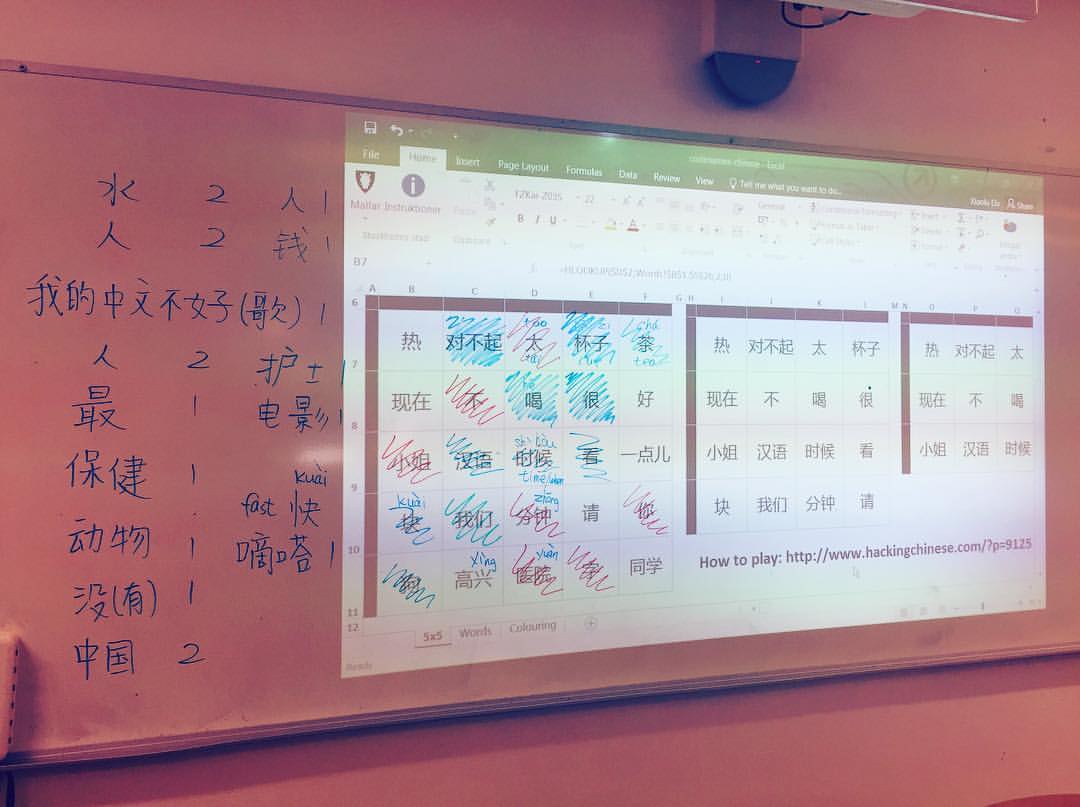 Codenames really is a great game, but my saying so probably won’t convince you. Try the game, perhaps in your native language first, then try playing it in Chinese. If you do, please leave a comment; I’m eager to hear about your experience!