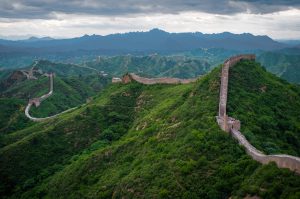 When learning Chinese (or anything else for that matter), both students and teachers tend to put focus on conquering new territory rather than consolidating what you already have.

This means an emphasis on learning new characters over becoming more secure in your knowledge of those you’ve already studied, or working quickly through a textbook without caring too much how much of the content you actually learn.

I don’t mean to say that you need to master everything on a certain level or in a certain area before you move to the next, but I am saying that never spending time on consolidating what you have learnt is really bad.

Don’t forget to consolidate the Chinese you have already studied

This is part of the reason why this month’s learning challenge is about benchmarking (no, it’s not too late to join). That’s a great way of taking a step back and gain a better understanding both of what you do know and what you don’t.

If you evaluate your current progress and really think that charging ahead at full speed is what would benefit you the most, then of course do that! I’ve done several such attack runs myself. However, you can’t only do that, or you will end up with a top-heavy proficiency (knowing lots of difficult things, but having a bad foundation).

After evaluating your current situation, you might find that your main problem isn’t that you don’t know enough Chinese, but that you don’t know how to use what you have already studied. In my experience, this is much more likely to be the problem! You can get far with limited knowledge if your foundation is very stable. It will also make it easier to build up to an advanced skill as you learn more.

Here are a few examples of how you can consolidate instead of conquer, but before you try to implement any of these, make sure you understand the concept of time quality. In short, you should do some of the easier things here when you can’t do harder things.

Doing all these things is an effective way to make the Chinese you already know count for more. Again, I’m not saying you should never conquer, just that most student I have coached or talked to tend to focus too little on consolidation.

It’s also the case that some institutions force you to move at a certain pace. I know several language schools that have a fixed schedule where you’re supposed to finish a certain number of chapters per semester, regardless if the students actually learn the content or not.

I think the summer vacation (if you have one!) is the best time to do this. Slow down your intake of new things and take the time to go back and sort out old questions and revisit all the things you’ve already learnt. Not only will your Chinese improve as a result, it will also feel better when you realise that you’ve learnt a lot!