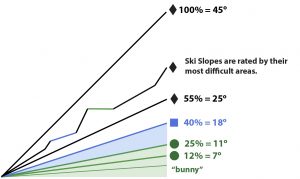 When learning Chinese, should you focus on extensive learning, where you cover a lot of fairly easy material, or should you throw yourself in at the deep end and make things as difficult as you can and hope you adapt? Can you learn faster by making it more difficult?

I have advocated both approaches, which might seem contradictory. During a lecture about learning and teaching Chinese I held recently at the University of Leuven, Belgium, this very question came up. I think I gave an adequate answer to the question, but I also realised that the full answer is probably not something that fits easily in a Q&A session after a lecture. Hence, this post!

The short answer is that you should probably focus more on extensive studying than you are currently doing. I’m saying this both because it’s generally speaking a better approach, and because I know that most courses don’t do this even remotely as much as they should. Read more in this article:

There are also many requirements that have to be met in order for deep-end immersion to be a good idea, but more about that later.

To make sure we’re on the same page, the idea behind extensive studying is that you cover much more content in a given amount of time, which you can do because the difficulty is much lower.

Compare reading the next chapter in your textbook (which will contain things you don’t know) to reading text based almost entirely on things you already know. The latter is several times faster, so you can cover several times more content.

This is valuable for a number of reasons, but most importantly, it gives you the variation you need to really learn what words mean and how they are used. It’s also more fun and motivating, and opens up for incidental learning. For this to be effective, you really need to know almost everything (most research suggests 98%).

Making it harder: Deep-end immersion and courses that are too hard for you

One of the most popular articles on Hacking Chinese is Is taking a Chinese course that’s too hard good for your learning? where I describe how I managed to learn very quickly by immersing myself in classes that were actually way too difficult.

In essence, I enrolled in classes that were aimed at people who had studied much longer than me, and in doing so, I skipped several textbooks and had to do a lot of catching up. Merely staying alive in such a situation meant that I had to learn quickly. I never did very well compared to my classmates, but I did very well compared to the people who didn’t do this. I’m also very confident I did better than I would have if I hadn’t challenged myself in this way.

So, which one is it? Easy or hard?

As the person in the audience at the lecture pointed out, it seems contradictory to recommend both approaches. And it is, or at least would be if I recommended both methods for the same people in the same situation. But I don’t.

Like I said above, the short answer is that you should focus more on extensive studying, reading and listening to as much Chinese at or below your level as you can possibly manage. This is true for a vast majority of students.

The longer answer is that there are specific situations where you can boost your proficiency quickly by ramping up the difficulty You need several things to even consider doing this, however:

This is a complex topic and to be entirely honest, I’m not entirely sure exactly what makes each method work. My tentative conclusion is that challenging yourself is very useful for improving skill-based components.

This ties in well with my experience in other areas, such as unicycling and gymnastics, where it’s essential to constantly do more difficult things in order not to stagnate.

Language learning is only partly skill-based, though. There’s also a knowledge component, such as basic understanding of written characters and spoken words. In this area, I think extensive learning excels. The only reason that challenging yourself works is if it makes you spend more time engaging with the language, probably because you spend more time yourself and because more Chinese is being used in the classroom. Still,  if you can invest all that time while focusing on easier content, that’s probably better!

I’m very curious to hear what you think about this, so please leave a comment below!