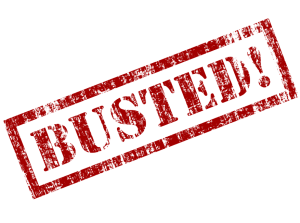 Learning Chinese by enrolling in a course and using a textbook is a great way to provide structure to your learning. Sure, it’s possible recreate this outside the classroom, but to be honest, the amount of effort and dedication needed means it’s not for everyone. I have studied Chinese in many different types of courses and classrooms and have learnt a lot from teachers and textbooks!

When explaining something to students, as a teacher or textbook author, there’s always a compromise between accuracy and simplicity. Ideally, descriptions of the language should be both accurate and simple to understand, but that is almost never possible. Language is an organic entity that can seldom be reined in by succinctly formulated rules. Thus, you never actually hear or see the whole truth in your classroom or textbook. This is acceptable.

What is not acceptable is when your teacher or textbook is outright wrong! I don’t mean that there is more to it than what is being shown (that is always the case), I mean that what is shown is incorrect. Neither do I mean that it’s a well-meant simplification. I can accept that complex phenomena are explained in simple terms that are partly inaccurate, I do that myself all the time (and will do so later in this article!), but I can’t accept when explanations are made up or when an explanation is so misleading that you would have been better off without it entirely.

Available on Apple Podcasts, Google Podcast, Overcast, Spotify and many

Naturally, I don’t know exactly what you learnt in Chinese class, but I have studied dozens of textbooks and spoken to hundreds of students with varying backgrounds over the years, so I think I can say with certainty that the examples I give in this article are somewhat common. Even if your textbook contains these errors (and many do), any competent teacher should be able to deal with them easily.

Here are the errors in the simplest and most direct form (simplified/traditional when relevant):

For example, asking someone 你几岁/你幾歲 (nǐ jǐ suì) only works if you expect an answer within this range (i.e. only for young children), and if you expect ten or fewer people to come, you should ask 有几个人要来/有幾個人要來 (yǒu jǐ gè rén yào lái). If the number is more than 10, you should use some other phrasing, such as 你多大 (nǐ duō dà) or 有多少人要来 (yǒu duōshao rén yào lái).

This is obviously not how people use these words. It’s very common to use 几/幾 to indicate numbers that are much bigger than 10. I have been asked 你几岁/你幾歲 many times when I was closer to 40 than 10. It’s perfectly acceptable to say 有几个人要来/有幾個人要來 even if you think the answer might be 25. It’s true that 几 is often used for things that are more easily countable (lower numbers, countable nouns), but saying that it’s limited to 0-10 is just wrong. There are of course other examples where it’s even more obvious, such as dates (一月几号/一月幾號, yīyuè jǐhào). Perhaps the notion of it being limited to 10 is because it would be neat if 几/幾 was a stand-in for one single character (and numbers above ten are of course mostly written with more than one character).

2. 你好 (nǐhǎo) is an informal greeting and 您好 (nínhǎo) is the formal version

The incorrect part of this statement is that 你好 is not an informal greeting. In fact, it’s rather formal and is normally only used when talking to strangers or people you don’t know very well. Chinese people don’t say 你好 to friends or family. Of course, 您好 is also formal, just a notch more polite, so that part of the statement is correct. So, what are some ways of saying “hello” that are actually informal then? Well, there are many options, but easy ones are 嘿 (hēi), 嗨 (hāi) and 哈罗/哈羅 (hāluó). Slightly trickier ones include asking questions that are appropriate for the situation, such as 你吃饭了吗/你吃飯了嗎 (nǐ chīfàn le ma) or 去哪儿/去哪兒 (nǐ qù nǎr).

3. 中文 (zhōngwén) can only be used to refer to written Chinese

Since 文 means written language, 中文refers to the written language. If you want to refer to spoken Mandarin, you should use some other regionally appropriate word, such as 汉语/漢語 (hànyǔ) , 普通话/普通話 (pǔtōnghùa), 华语/華語 (húayǔ) or 国语/國語 (guóyǔ). The same can be said for other languages, so you should use 英文 (yīngwén) for written English and 英语 (yīngyǔ) for the spoken language.

it’s very common to use 中文 for spoken Chinese or use the version with 文 for other languages and mean the spoken language. It’s true that 文 means written language, but it’s just not true that 中文 can only be used to refer to the written language. For example, 说中文 (shuō zhōngwén) has more than four million hits on Google (for comparison, 说汉语 has only one third of that). You will also hear people say that your 中文 sounds very nice, and that your pronunciation is great. This is even more true for other languages; I don’t think I’ve ever met someone making a difference between 英文 and 英语 in a conversation. If you really want to make that difference, use 书面[language] and [language]口语 (that’s shūmiàn and kǒuyǔ).

Most experts say Chinese does not even have tense, so saying that 了 indicates past tense is wrong and misleading. Chinese does have aspect, though, which is more than a difference in terminology. Tense is used to refer to when something happened in time (past, present, future); aspect refers to the state of an action or event, regardless of when it happened. Fully explaining 了 is probably the most difficult part of Chinese language pedagogy, and I will not attempt to do so here, but I’ll point you in the right direction: The two basic usages are to indicate a change of state and to show that an action is completed. Note that none of these refer to when the action took place.

5. The third tone is often pronounced as falling-rising (dipping) tone.

6. Chinese characters are composed of radicals

Radicals are the smaller parts in compound characters and are therefore the building blocks of Chinese. Learning radicals is important both for understanding and learning Chinese characters.

This is a misunderstanding of how Chinese characters work. Radical, or 部首 (bùshǒu, literally “section head”), refers to the headings of sections used in dictionaries to sort characters. For example, the radical in 样 (yàng, “appearance; shape”) is 木 (mù, “tree”), which means that if you want to look this character up in a traditional dictionary, you will find it in the section labelled 木. In that character, 羊 (yáng, “sheep”) is not the radical. You will therefore not find the character by going to 羊 in the dictionary. To summarise, radical is a function that one (and only one) component in a character has, and this function is related to dictionaries, not the actual composition of the characters.

So what are the building blocks of Chinese characters, then? Well, the building blocks are functional components, i.e. parts of a character that is there for a function (or that had a function when they were created). 木 and 羊 are both components, but they serve different functions in different characters. In 样, 木 is a meaning component (the full character originally referred to a fruit growing on a tree); 羊 is a sound component, meaning that it’s there because of how it’s pronounced (note that the pronunciation is the same, except the tone). Learn more about sound components here:

Phonetic components, part 1: The key to 80% of all Chinese characters

In other characters, these components can have other functions. Radicals are only important because many of them (but certainly not all) also happen to be common semantic components. Thus, if you learn the 100 most common radicals, you will learn components that are very common, but the fact that they are radicals is not important. For example, you do not need to learn which component is the radical in each character you learn. There are also many other components that are very common but are never used as radicals!

7. 小姐 (xiǎojiě) is suitable form of address for young women.

Or at least partly wrong, depending on where you are and exactly what you say. In Taiwan, 小姐 is indeed a suitable form of adress and can be used freely, for example when you want to call the attention of a young lady who just dropped her wallet on the metro. However, in Mainland China, 小姐 has the additional meaning  of “prostitute”, which makes it unsuitable as a form of adress. Not that it’s as bad as some people claim (and perhaps people are more relaxed about it nowadays), but it’s safer to stay away from it. If you add a family name in front of 小姐, it’s always okay, so 王小姐 (Wáng xiǎojiě) is not a problem. If you want a neutral and polite form of address, you can use 女士 (nǚshì) . In Mainland China, 美女 (měinǚ) also works.

This is something I’ve heard from many teachers and seen in many textbooks, saying in essence that 从来 can only be used to say thing that you have never done or that have never happened. This is wrong! Sentences like 我从来都买他们的东西 (wǒ cónglái dōu mǎi tāmen de dōngxi) are perfectly normal and quite common.

What were you taught that you later figured out was actually wrong?

I have probably missed some obvious candidates and I would be delighted if you left a comment with your examples of things you learnt in Chinese class, but later learnt were actually wrong! Please note that I don’t mean merely “not used as much (or even at all)”, I’m only interested in things that are actually wrong and/or seriously misleading.

Editor’s note: I have removed a section about the usage of 不 (bù) without a verb from this article, not because it was wrong, but because it was difficult to come up with good examples and that it isn’t really something I want to encourage learners to do. Instead, I have added a new section about radicals not being the building blocks of Chinese, which is probably both more widespread and has more of an impact on one’s understanding of Chinese characters.