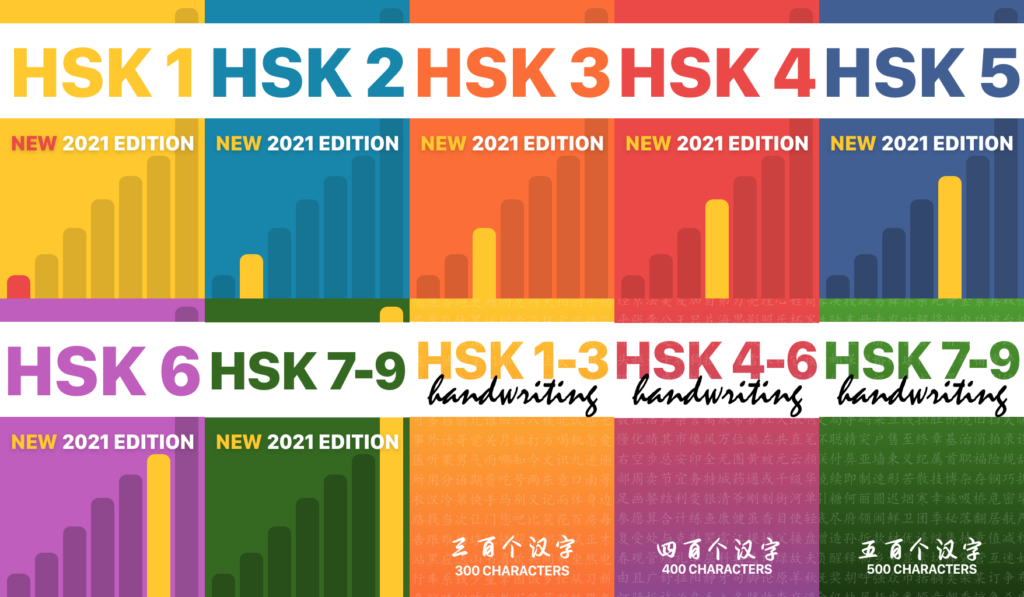 As many of you already know, changes are coming to the HSK (Hànyǔ Shuǐpíng Kǎoshì, 汉语水平考试), the most widely used proficiency test for Mandarin Chinese for non-native speakers. In this article, I’m going to summarise what we know about these changes and what they mean for you as a student of Chinese.

As many of you already know, I also work for Skritter (learn more about Skritter here), and recently, Jacob Gill and I have spent a lot of time creating vocabulary lists for the new HSK 1-9, including separate lists for handwriting. Links to those are included at the end.

The first thing that is important to note is that there has been much speculation online about the new HSK, some of which has little support in official communications from Hànbàn (汉办), an institution affiliated with the Chinese Ministry of Education, and responsible for administering the test. In fact, at the time of writing (June, 2021), many things about the new HSK are unknown, including much of the timetable for the new tests.

That doesn’t mean that we don’t know anything about HSK 3.0, though. Most of what we do know comes from a new proficiency standard that takes effect on July 1st, 2021, called 国际中文教育中文水平等级标准 (guójì zhōngwén jiàoyù zhōngwén shuǐpíng děngjí biāozhǔn, or “Chinese Proficiency Grading Standards for International Chinese Language Education”). The document, which can be downloaded from the Ministry of Education here, specifies nine bands grouped into three levels of proficiency, including what students should be able to do at each level, and a list of characters, words and grammar points for each.

The HSK exams, courses and textbooks are expected to be updated to follow this new standard, which entails that major changes are coming. However, a new standard taking effect and rolling out new exams with new learning materials are two completely different things. It’s true that the standard itself takes effect on July 1st, 2021, but that is merely the date when implementation starts, not when it’s supposed to be finished!

Hànbàn has said that the new advanced bands (7-9) will be rolled out first, starting with pilot tests in December 2021, and then following with the official exam becoming available in March 2022.

When it comes to HSK 1-6, the changes will be gradually implemented over 3-5 years, and we should not expect any major changes in the near future. They particularly state that current exams, certificates and learning materials are still valid and will continue to be so for the foreseeable future.

Naturally, no one can predict the future, so don’t be surprised if the above information later turns out to be inaccurate or if the official HSK 3.0 tests are pushed even further into the future.

Many things about the language content are also uncertain. Most importantly, it’s not guaranteed that there’s a 1:1 correspondence between the standard document and the actual exams. For example, it’s possible that some things are optional or could be part of a separate exam. The current HSK exams can be done digitally, for example, so while the new HSK does have standard for handwriting specifically, it’s not inconceivable that this might still be optional. The same might be true for other things, so take everything I say here (and everything everybody else says, except maybe official sources) with a pinch of salt!

For most people, changes to the HSK have little or no impact on their studies. Remember,  the HSK is just a measurement of your language ability, and an imperfect one at that. Unless you need an HSK certificate for a specific purpose, you do not need to care much about HSK at all, and you can safely ignore all discussions about what might or might not happen a few years down the line.

In fact, you can stop reading this article now and do something that will actually improve your Chinese instead! Why not check out our Skritter’s YouTube channel? Or learn vocabulary and grammar by following Skritter on Instagram? Go for it!

Still here? Cool, let’s talk about HSK 3.0, but let’s do it in a rational manner without freaking out over how many words a certain level now has or the fact that the exam will now test handwriting specifically. 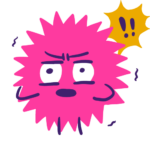 There are many students who care a lot about HSK, probably because it provides a roadmap for learning Chinese. That’s fine! But remember, the HSK is just a yardstick against which you can compare certain aspects of your proficiency; it’s not the language itself!

Changing the yardstick does not change what it measures. I’ve seen many students who are dismayed by the fact that the level they are working towards now will be equal to a lower level according to the new standard. For example, the current HSK 3 contains roughly the same amount of vocabulary as the new HSK 1 (600 and 500 words respectively). If we measure only vocabulary, someone currently at HSK 3 would then in theory be “downgraded” to HSK 1.

So what? Your Chinese proficiency does not change because of how many words are listed under a certain number in an official document. The language itself does not suddenly become harder because more is required for a certain level on an exam. Your ability to communicate in Chinese is the same on June 30th as it is on July 1st. Nothing has changed. 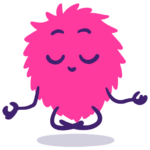 Being upset about one’s ability being “downgraded” from HSK 3 to HSK 1 is a bit like a golfer being disappointed that their drive is suddenly shorter when measured in metres instead of yards after taking a flight to a European tournament: “Oh, I guess I’m 10% worse than I was yesterday.” That’s clearly nonsense, and so is worrying about your Chinese being “downgraded”.

The way we measure something like this does not change the thing measured. The map is not the territory. A proficiency test is not the language itself.

HSK as a roadmap to learning Chinese

Except when how you measure really does matter. Like I said before, for many people HSK functions as a roadmap, and if the HSK changes, so will the roadmap.

For example, if something is required on the HSK, some people will think that it’s more important than if it isn’t (and for some people, it will be). Words that are on the HSK will seem more relevant than words that aren’t. I’ve written more about using HSK as a roadmap to learning Chinese here:

Using the HSK as a roadmap to learning Chinese

With that in mind, let’s look at a few important changes, but again keeping in mind that we don’t know exactly if or how these will be implemented in actual tests:

For good or ill, I think it’s safe to say that this will lead to more people caring about handwriting and translation. Remember what I said above, though, this only has a direct impact on your studies if you care about an official certificate!

I, for example, have studied Chinese for 14 years and have never taken an official HSK exam. Why? Because I’ve never needed the certificate. I have taken many mock exams, though, and have sat the TOCFL many times (Test of Chinese as a Foreign Language, the standard proficiency test in Taiwan). I did the mock HSK exams and official TOCFL exams for benchmarking purposes, but I also took the latter twice, the first time because it was required for a scholarship, and the second time because it was required in the Master’s program in teaching Chinese as a foreign language that I was enrolled in.

For those who really need an HSK certificate

So, what if you do care about your HSK score and you need the certificate for something? This needs to be something rather specific, since having a certificate is not immediately useful in itself in most contexts.

Then the new HSK probably still won’t influence your studies much, at least not yet!

Since Skritter is an app largely focused on learning characters and words, it might seem odd that I haven’t mentioned the vocabulary part of the exam materials so far in this article (apart from the handwriting bit, which I did mention). This is because word lists for exams that won’t be available for a long time actually aren’t all that useful. In fact, basing your learning on word lists in the first place is a dubious practice. Still, word lists can be a good supplement, so we have of course made sure that we have you covered.

Here’s what we have done so far:

Decks containing the vocabulary for HSK 1-9

These decks cover all the new vocabulary split by band and level, sorted by frequency within each deck. The original lists are in alphabetical order, but that is typically bad for learning and since some of the lists are rather long, it matters greatly that you are learning the most important vocabulary within each band first. The frequency data here is based on a combination of different sources. Here are direct links to the seven lists (HSK 7-9 is in one giant list in the official document): 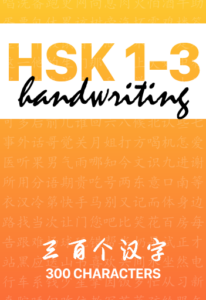 The following decks cover the characters specifically listed for handwriting knowledge in the new HSK. These are grouped by level, so there are three decks in total. At the time of writing, we only know that for HSK 1-3, there will be 100 for each, but we don’t know which 100, so we have simply sorted that deck into an order we think is best for students, using a weighted average of several sources, trying to predict which characters are most important for learners.

What other kinds of support would you like when it comes to the new HSK? Leave a comment below or contact us! Here are some thing we think would be helpful, but haven’t had time to implement yet:

That’s it for now! I will update this article in case of major changes, but the contents above should keep you covered for now! If you want to know more, you can keep reading some of the suggested links below.