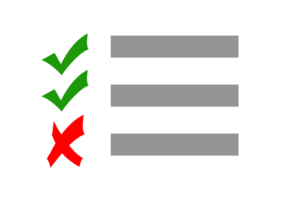 When learning to pronounce the sounds of Mandarin, it’s good to have a clear target in mind. For most students, this target is Standard Chinese. Aiming for something specific makes it easier to gauge if you’re hitting the mark or not, and if you miss, you can adjust and improve.

A more freewheeling approach would be to ignore the standard and set a communicative goal instead. From this perspective, good pronunciation is determined by whether or not it makes it easy for other people to understand what you want to say, so you’re not comparing with an absolute standard, in other words.

These approaches are different in their fundamental attitude towards language, but in this article, I will argue that they are in fact similar when it comes to practical matters and learning Chinese as an adult student. Standard pronunciation is usually not desirable in and of itself, but because it grants the best communicative ability in most situations.

What is standard Chinese pronunciation anyway?

Before we continue the discussion, it’s worth talking about the words used here. Countries vary in how prescriptive their governments are when it comes to language use. Some, such as China, has clear standards for how the language should be used and invests a lot of time and effort into trying to implement this.

You will not hear regionally accented Mandarin from news anchors on CCTV and they can indeed be fined even for slight deviations from the standard. This standard is also used for various tests for native speakers, such as those you need to pass to become a teacher (although the requirements for teachers are lower than for news anchors).

Other countries, such as my native Sweden, is closer to the other end of the spectrum. We do of course have an idea of what standard Swedish is, but you will hear all sorts of accents on national TV broadcasts, even if it was not like that historically. Our dictionaries are more descriptive than prescriptive, with the expressed goal of showing how the language is used, not how the institution that created the dictionary thinks it ought to be used.

When it comes to standard Chinese, though, “good” and “correct” often mean the same thing in everyday language. A third word that can also be used is “standard”, 标准/標準 (biāozhǔn) in Chinese., which is more neutral (and maybe also more accurate). Saying that something adheres to a government sanctioned standard is in itself not a statement about whether something is desirable or not.

In mainland China and Taiwan, there are well-defined standards for the language, so if you want to know how a certain word is pronounced, you can easily look it up, but you choose which standard you want to follow. In a vast majority of cases, these standards are the same, but they do differ in some cases and also have some systematic differences. This article is not meant to be about differences in standards between mainland China and Taiwan, but if you want to read more, Wikipedia is a good place to start.

It’s important to understand that most Chinese people do not speak Mandarin according to the most relevant standard. There is huge variation among native speakers, often heavily influenced by regional dialects. I wrote more about this here: Learning to understand regionally accented Mandarin

Almost no one you meet speaks perfectly standard Mandarin, so the only place you’re likely to hear it is on CCTV or in other similar, extremely official forms of communication, such as Chinese proficiency exams and some educational materials. Language teachers with relevant degrees usually have standard pronunciation as well, but far from always, especially if they live abroad and started teaching after they left China.

The vast majority of the population just speak the way their parents, friends and coworkers speak, and couldn’t care less about an abstract government standard. This goes not just for normal people, but for the highest leadership too! For example, it’s worth noting that Xi Jinping is the first Chinese leader that speaks Mandarin without a heavy accent.

As argued in the article above about regionally accented Mandarin, it’s very important that you vary your listening, especially when you leave the beginner stage. You can control how you speak Mandarin, but you can’t control how others speak, so it’s up to you to learn to cope with the huge variation on offer. With the right approach, this can be great fun, but with the wrong approach, it can be seriously frustrating!

Why you want to learn standard Chinese pronunciation

As we have seen, governments set standards and people mostly ignore them.

If most native speakers don’t follow the standard, why should you as a student do so?

For instance, if you learn Mandarin in southern China, why should you make a clear distinction between z/zh, c/ch and s/sh, when many locals don’t? Why should you say nàr when people around you are more likely to say nàlǐ?

Should you keep l/n and l/r separate even though people around you sometimes don’t? What about switches that are even stranger coming from an English-speaking background, such as f/h?

You should focus on standard Chinese pronunciation first

I’m going to be boring here and side with a majority of Chinese teachers, and say yes, the default approach should be to aim for standard Chinese pronunciation, at least to begin with. Like said in the introduction, this is not “because it’s correct”, but because it has significant advantages for you as a student:

I want to make it very clear that these arguments are not meant to say that a certain accent is “better” than another. I think the only reasonable stance is that all ways of speaking a language are equally good, and so saying that one native speaker has a “better” accent than another is just misguided.

Most readers of this blog are not native speakers of Chinese, though, so while it’s possible to say that literally all ways of speaking Chinese are equally valid, including incomprehensible gibberish from a foreigner, this isn’t very helpful. If you want to communicate with as many people as possible, start by focusing on standard Chinese. That’s also what I teach in my pronunciation course, so check that out here: Hacking Chinese Pronunciation: Speaking with Confidence

When in Beijing, do as the Beijingers do, when in Taipei…

Above, I have argued that in most cases, you should focus on learning standard pronunciation first. This is particularly important for systematic patterns in pronunciation, such the merges between z/zh, c/ch, s/sh, l/n, l/r, and f/h. It’s considerably easier to relax or drop the distinction between two sounds than it is to learn it in the first place, and since Mandarin has enough homophones (words that sound the same, but mean different things) as it is, creating more of them by merging sounds is not a good idea.

Still, it’s only natural to speak the way people around you speak. I have a Taiwan-touch to my Mandarin since I have spent four years three, but I can increase or decrease it depending on whom I’m talking to and in what situation. This is not limited only to pronunciation either, so adding or removing 儿/兒 or using different words or even grammar is also on the table.

When your friends and your dictionary don’t agree

If you study Chinese in a formal context by taking courses locally, it’s likely that you’re learning fairly standard pronunciation, even if people around you have regional accents when speaking Mandarin. This will require you to do a certain amount of dual-wielding, because your teacher might require you to say one thing while all your local friends say something else.

Please note that this is true literally everywhere, including Beijing and Taipei. Beijing dialect is not the same as the national standard, and there are tons of example where the standard prescribes one way of saying something, even though almost nobody in the real world says it like that. My favourite example is 下载/下載, “to download”, which is officially listed as xiàzài, even though I have yet to meet a person in real life who says that (most people say xiàzǎi).

I can’t tell you how to deal with these situations. If you have a strong connection to the region you’re learning Mandarin in, it will feel very strange to adhere to a standard. I remember disliking 儿/兒 when studying in Taiwan and just ignoring them, even though my textbook was full of them. If you study in Beijing, locals will add a lot more 儿/兒 than the standard prescribes, so it goes both ways.

If you don’t have a strong connection to any region in particular, aim for standard pronunciation whenever possible. It will grant you the best chance to communicate successfully in the future. In particular, avoid merging sounds that will be very hard to learn later, so keep the retroflex zh/ch/sh separate from z/c/s, even if some people around you don’t. Naturally, you don’t have to overdo it, just make the difference smaller (that’s what most native speakers do, so actually merging them is not as common as some people think).

Where exactly between these you end up is up to you. As I’ve said a few times already, it makes sense to start with standard pronunciation and then expand to regional variation, but when and how to do this will be unique for each case.