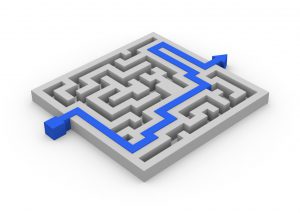 When you practise something (anything), the most important question is whether or not the way you practice actually has a positive effect on the skill you’re trying to improve.

At a beginner level, it’s usually obvious that you’re learning something because every step forward is noticeable. It’s also easy to understand that even though it might not be the best method, engaging in the activity you want to become better at is seldom a bad idea. If your goal is to be able to talk with native speakers about everyday topics, doing exactly that is a good idea.

The most direct way of practising might be good, but it’s not necessarily the best way, and there might be other things you should do as well. For example, if you combine speaking with vocabulary learning and reviewing, you will very likely achieve better results than if you “just speak”. Focusing on tone pairs will make your spoken Chinese easier to understand compared to if you “just speak”.

Are you practising Chinese the right way?

This comes with a problem, though. The further you remove yourself from your target activity, the likelier you are to go astray and practise the wrong thing.

How do you know that your current way of studying will actually take you to your destination? One way of finding out is of course to keep going and see if you reach your goal a year or two from now.

To quote William Blake: “The fool who persists in his folly will become wise.” We don’t really want to do that, though; the sooner you figure out that you’re doing something wrong, the better.

The validity of your method is important

This brings us to the topic of validity. When designing research experiments, the idea of validity is extremely important. An experiment with high validity tests what it’s designed to test. It’s often the case that we can’t probe directly the factors we’re interested in, so we use proxies.

For example, there is no way to objectively measure someone’s pronunciation, but we can use different tests to estimate it. If we use the ability to read texts aloud as a measurement, we’re not really testing pronunciation and the validity is low (I’ve written more about how to test pronunciation here). If we instead use familiar words with similar sounds but different meaning, the validity will be much higher.

I don’t advice you to focus on tone pairs in order to get really good at tone pairs, I do it because I’m convinced that it will improve your tones when you speak Chinese and therefore improve your ability to communicate in general. The same is true for many other things, including vocabulary; you don’t study words to nail them on an exam, you study to be able to understand and use them in different ways.

How valid is your method?

As I’ve said above, there’s no easy or certain way to figure out in advance how valid a method is, but there are certain things you can do to avoid trouble.

Being aware of the problem is as usual the first step. Don’t confuse your grades for how much you have learnt (unless your course is really well-structured) or the number of reviews you’ve done in an app for how well you can actually use those words.

In general, the best way to make sure you’re using a good method is to set specific medium-term goals and regularly benchmark your progress towards those goals. The goals shouldn’t be abstract nor far removed from your long-term goal for learning Chinese. They should also be measurable so you can see progress clearly. Goals should focus on things you actually want to do, involving real Chinese and/or real people.

Focusing on the weakest link

One way of figuring out what to do next is to simply try to do whatever it is you’re striving to achieve . If you fail, identify why you failed. For example, if your goal is to be able to have a conversation with someone about studying in China, then record yourself having such a conversations and then find out what went wrong. Did you lack vocabulary? Or were your tones off?

You might need a tutor or helpful native speaker to figure this out. Then focus on the weakest link. When you think you’ve made significant progress, try again. If you succeed this time, you’ve reached your goal. If not, repeat the process.

The important thing is to pay attention to the effect your practice has on your ability to actually use the language. If you’ve practised a lot, but still see no progress towards your goal, something is wrong. Either you need to change the way you practise or the analysis of what you need to practise is wrong.

Doing this is similar to running scientific experiments with only one participant: you. While scientific studies require many participants to be relevant for a larger population, you only really care about whether something works for you or not.

Ideas for what to try basically comes from two sources:

Before I round this article off, I’d like to ask you a few questions. First and foremost, do you feel that the way you’re practising is helpful, or do you sometimes feel that you don’t really know what you’re doing and if it’s  efficient or not?

I’m also interested in hearing what you think about coming up with ideas and solutions for problems. Do you have plenty of ideas to try, or do you think coming up with or finding them is the main problem? Please leave a comment below!