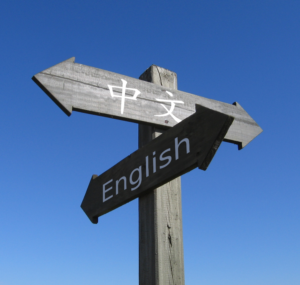 When learning Chinese, there are three factors you need to improve to get the most out of your learning: content, method and time.

You can read more about the three factors here.

While time is the easiest to explain (it’s obvious to most people that more practice leads to better results) it’s not as easy as it might seem at first. It’s one thing to say “I’m going to study Chinese 10 hours a week this year” and quite another to actually do this, especially if you’re busy with other things and other projects.

In this article, I will discuss the problem with such an approach to learning Chinese and also suggest an alternative.

As with any big project, the most logical thing to do when starting to learn a language is to start with long-term plans and gradually work you way down to everyday actions and activities.

For example, it makes sense to figure out what your long-term goal for learning Chinese is, partly because it can be motivating to think about what you will be able to do with the language, but also because it dictates how to approach the language. If your long-term goal doesn’t involve the written language at all, it makes little sense to spend hundreds of hours learning characters, for instance.

On the other hand, such plans seldom succeed. Sure, there are people who can draw up plans for the coming year and then execute them more or less as intended, but they are few and far between. I’m certainly not one of them and the likelihood is that you aren’t either.

In order to stay committed to a long-term plan for learning Chinese, you need a very strong driving force. This can come in several forms:

And even if you have one or more of these, success is still not guaranteed because it’s easy to get distracted or discouraged. If people always chose what was in their long-term interests, the world would be a different place.

The best-laid plans of mice and men often go awry. They might do so for many reasons, apart from a lack of motivation. One of the most common reasons why big personal projects fail is that changing behaviour is much harder than most people realise. Habits and routines are automated processes we have learnt so we can do things without great effort being needed, but changing these habits and routines is hard!

Some plans also become obsolete soon after they were drawn up. Measurable goals are useful because they make progress easier to see, but they are also dangerous, because you risk focusing on the measurement instead of the thing that was supposed to be measured. A good example of this is the goal of getting good grades, which can be bad for your language learning if the grades don’t reflect actual ability in the language, but rather a small subset of that ability.

Finally, long-term, all-in plans tend to fail because if you miss a step or fall behind, reaching your goals might seem impossible, which is very discouraging. If your goal was to read for an hour a day, what will you do if you’re unable to do so for a week because some unforeseen reason? Streaks are great, but only if you keep them. Breaking the streak make it vastly more likely that you will break it again.

An alternative approach: The forking path

Let’s turn the project-management approach upside-down! Instead of focusing on long-term goals, then gradually breaking them down into smaller and smaller goals, let’s focus directly on the everyday actions and routines that will teach you Chinese. You still need an implicit goal such as “learning Chinese”, but the thoughts you have about learning right now are enough and you needn’t spend more time with them.

Imagine a landscape stretching out in front of you. The distance to the horizon represents a certain time period: a month, a quarter or a year. After the time period is up, you will be at the horizon. To the left is a life with little Chinese, to the right a life with only Chinese. Your goal is to get as far to the right as possible, but not by planning a path through the landscape that takes you there, but by realising that each day is full of small choices where you choose one of several paths. Your goal is to choose Chinese as often as you can.

Some choices are fairly obvious, maybe you can even think of some right now:

The more you think in terms of forking paths and small choices, the easier these will be to spot. Naturally, it can be very helpful to study other people and see what they are doing. For example, I usually recommend beginners to start counting real-world things in Chinese immediately, such as number of push-ups in the gym or steps in the staircase at work. If you’re going to count these anyway, you can choose to do so in Chinese. And your path takes you closer to the Chinese side of the horizon.

The point is that there is no plan. There are no milestones in the landscape and there’s no path from where you are to where you want to be. Instead of lifting your head and looking ahead, you look down at the path you’re walking, looking for forks in it where you can choose to take the right turn.

You will notice that some of these require effort. It’s hard to stop playing that mobile game and it takes effort to pick up your Chinese reading material before falling asleep, at least to start with. It’s unrealistic to take the path of more Chinese every single time, but you should do it as often as you can. With time, these choices will turn into to habits, requiring an effort to not choose the path to more Chinese. Over time, the importance of these choices accumulate and result in genuine progress.

I feel that this approach to changing your life in the direction you want is a bit more human than a top-down project management approach, which is more suitable to robots. It’s true that planning can be beneficial, even if the plan itself quickly becomes obsolete, but for most people, following a detailed plan simply doesn’t work.

How many people succeed with their new-year resolutions? Some, obviously, but most don’t. Instead of planning everything out in advance only to fail after a few weeks when motivation runs out, why not focus on the small things and make improvements that way, one fork at a time?

Credit: My main inspiration for this way of thinking about language learning comes from Khatzumoto over at All Japanese All the Time. That was over ten years ago and I don’t even remember what the blog post was called, but his site is well-worth checking out!