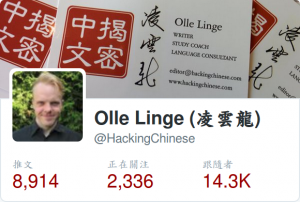 Learning Chinese can feel overwhelming, especially when you’re faced with the infamous Great Wall of Chinese (text). One way of making it easier is to chop it up into many bite-sized pieces.

This makes Twitter an excellent place to learn a bit of Chinese without drowning. Each message is limited to 140 characters, so it can’t be that hard, can it? There’s an increasing number of people on Twitter who try to use these short messages to help you learn Chinese.

There is of course more to learning Chinese on Twitter than just language content. A few years ago, I wrote an article called 31 Twitter feeds to help you learn Chinese. That article is mostly obsolete now, too many users have gone inactive and many new have arrived on the scene.

In that article, I included people who tweeted about language learning and studying Chinese. If you want more of that, the easiest way is to follow me on Twitter, because I share most of the interesting stuff I stumble upon. You can also follow my other list on Twitter, which is more about learning Chinese in general.

These are my favourites. If you want to recommend an account that follows the above criteria, but isn’t mentioned in this article, please contact me and I’ll add that account to my watch list. Please don’t suggest accounts that only post single words unless these are terribly interesting. 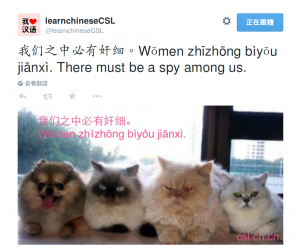 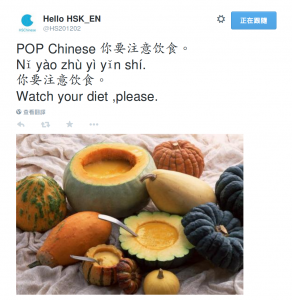 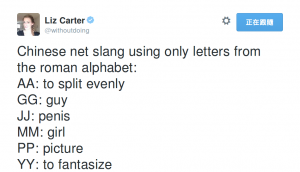 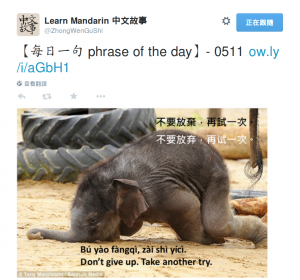 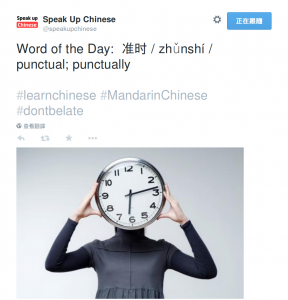 That’s it for now! Have I missed anything? What’s your favourite Twitter feeds for learning Chinese?