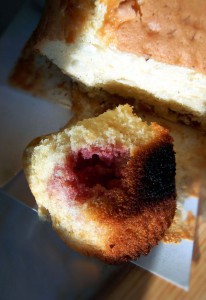 If you want to get things done in life, there seems to be one general truth that is applicable in almost all situations, learning Chinese included. That principle is to break things down into manageable chunks.

There are numerous ways of describing this principle, but I think that the most useful one is this: without breaking a major goal like learning Chinese into several smaller parts, it will feel overwhelming, but if you break it down to bite-sized pieces, it suddenly doesn’t look all that scary. To use the analogy of a journey, it sounds hard to walk a thousand miles, but each step is actually quite easy, so focus on putting one foot in front of the other and you will get to your destination sooner or later.

Another reason for breaking things down is that you can’t really do something like “become fluent in Chinese”. You reach a goal by doing things, but you can’t do a goal. Therefore, specifying what it is you actually need to do to become fluent takes you much closer to real action. Do you know what your next step to learn Chinese is?

So, if we want to accomplish something in the long term, we should break it down. But how? I think there are two major approaches to this, either you split a major goal into smaller parts (short-term goals, then micro goals) or you split the work you have to do into predefined time units (time boxing).

In my experience, both methods are very powerful, but they work quite differently for learning Chinese, so in this article I want to discuss some pros and cons with the different methods. As we shall see, they work well in different situations, so it’s not a matter of choosing one over the other.

Time boxing means that you set a timer and do something for a certain amount of time, 10-15 minutes is normal, but you can use longer or shorter times depending on what you’re doing. I have written a separate article about time boxing that you can read here. If you have never tried this, you’re likely to be surprised at how much you can get done in just 10 minutes if you have a clear deadline and a well-defined task.

The major advantage with time boxing is that the scope of each session is very well defined. This means that it’s easier to motivate oneself to get started, because you know when you start that it only takes ten minutes. Can you really persuade yourself to not spend just ten minutes learning characters today? Compare this with learning a fixed number of characters, which might take 10, 20 or 30 minutes, and is also of unknown difficulty (you might actually fail). Spending ten minutes on something is easy, it only requires you to do your best, not to actually succeed. 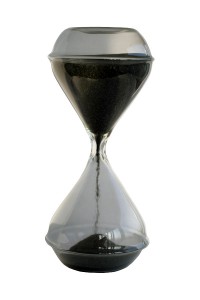 Time boxing works best for tasks that are continuous, such as learning a large number of words or translate sentences to practise your Chinese on Lang-8. The journey is a good metaphor for this kind of studying and step number one is very similar to step number one thousand. It’s also a good when you find it hard to get going, because really, spending ten minutes doing something isn’t hard and you will at least achieve something in that time.

Micro goals are goals that can be accomplished in one study session (I have written an article about micro goals as well), and just like time boxing, the actual scope of such a session varies depending on who you are and what you’re trying to achieve. The point is that the goal has to be well-defined and have a very high chance of success. Some people also talk about winnable games, meaning that you shouldn’t set up a situation where the chance of failure is high. Instead, break things down until each step is almost certain to be a victory.

Micro goals are more useful for tasks that are complex and can be separated into stages with clearly different characteristics. If you want to improve your pronunciation in Chinese, there are numerous steps that you need to take, such as identifying your problems, selecting a few priority areas and focusing on them one by one. If some of these steps are long and complicated in themselves, you can use time boxing, but in most cases, it makes more sense to specify something you need to achieve, such as “record one paragraph of x”, “compare my recording x with the native speaker model”, “discuss my pronunciation of x with a native speaker”, “design a plan for practising problem y” and so on.

The major advantage with micro goals over time boxing is that they are synonymous with progress. You can’t reach a micro goal without having made progress, but you can spend ten minutes trying to do something and not achieving anything. If you feel that it’s hard to concentrate on one thing, time boxing also invites procrastination in a way that micro goals don’t. Micro goals aren’t sensible to your spending time doing something else, this will just mean that it takes longer.

As I said at the outset, I think both methods are very useful and I use them both daily. I tend to use micro goals more, especially when I know what I’m doing and have a good grasp of how long something takes to achieve. However, when it comes to reviewing characters or doing anything that feels even slightly menial, time boxing is king. It is also the default solution when I can’t or don’t want to break something down further or when the process is unknown (time boxing works very well for brainstorming, for instance).

So, in short, try them both in different situations, see what works and what doesn’t. I know people who hate time boxing and others who say that it has revolutionised the way they do things. I also know people who say that micro goals are a big waste of time, as well as people who break things down to the point where it can’t really be broken down any more.

I do all these things on a need-to basis, I don’t time box just because I can, and I don’t create long lists of micro goals if it seems like I’m getting things done anyway. I do these things when I feel I need to. This guarantees gaining maximum benefits from the two methods without spending too much time on things other than achieving my goal.