When we encounter challenges, both as beginners and as advanced learners, most people tend to make decisions that solve the immediate problems in the short-term. This is a minimum-effort approach which is natural and useful most of the time. If we only need to spend a certain time to overcome a given problem, why invest more than that? 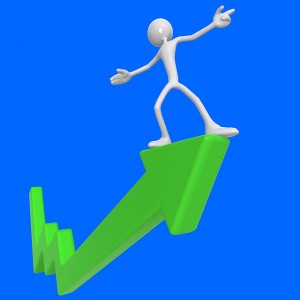 Here are a couple of short-term problems we may encounter when learning Chinese and their minimum-effort solutions:

To understand these problems better, let us use an imagined situation where I’m enrolled at some kind of language school and study Chinese a few hours every day. On Monday, I’m presented with some new vocabulary for that week and I’m supposed to learn around fifty new words each week. There is also a text containing these words (and more).

The natural thing to do here (and what I as a teacher see most students do) is to learn the words we have for homework. They diligently practise writing, pronouncing and translating the words. They score pretty well on the test. And they forget most of these words soon after. Most students read the text for the first time in class, meaning they stumble a lot, even on words that aren’t new this week.

The problem here is that this approach focuses on solving problems in the short-term, whereas your goals are long-term (learning Chinese to any decent level is most certainly a long-term goal). Learning a number of characters and/or words is what students need to pass the test, so that’s what they do. Most teachers don’t force their students to review, so they don’t. You can’t just rely on your teacher, you need to take responsibility for your own progress!

Shifting to a more long-term strategy

This is a long-term investment because it will take a while before it pays off, but in the end, it will pay off grandly. If I study thirty characters and you study thirty characters plus all the component parts (perhaps another fifty elements to learn), it’s obvious that provided that the time is limited, I will perform better than you do on a test You’ve learnt many things which won’t come on the test, whereas I’ve spent all my time efficiently learning what I’m the teacher has said will come on the test.

This approach doesn’t make sense in the long-term, though, because it overlooks the fact that Chinese is a language that can be easily broken down into more or less logical parts. This is true for any language (think about suffixes and prefixes in English, for instance), but to what extent and how frequent the basic building blocks are differ from language to language.

Making use of building blocks

In Chinese, many building blocks occur frequently. This means that if you spend extra time to learn these, you will regain that time many times over later. Sure, it will take more time in the beginning, but once you have a base of character components and individual characters, you will see that most of the time, learning new things is simply a matter of connecting what you already know in new ways. Using mnemonics, this can be done very efficiently.

Sometimes, the connection between character components and the meaning of the whole character is phonetic, meaningless or lost in time. This isn’t a big problem, because as long as you’re using elements that are actually there, it’s cool (in other words, don’t fall in the “the man with a hat”-trap). The same goes for words. True etymology (the origin of the word) isn’t always necessary, interesting or even desirable. Learn basic parts as they are, but you can make up the connections between them on your own.

Previewing texts is perhaps an even more obvious example of short-term versus long-term thinking. Looking closer at the problem, it’s evident that previewing is very good. We need to study the text thoroughly in order to learn, but if we do part of the work before class, we can benefit much more from what’s going on in  the classroom. This is extremely important if you find yourself in a very challenging learning environment, in which case you will often encounter very difficult texts.

So, if we want to achieve long-term goals, we need to make long-term investments. Learn those character parts, learn those individual characters. If you’re not sure how common something is, wait until you see it a second time before you learn it. You can also use dictionaries such as Zhongwen.com to see what other characters a certain component occurs in. Characters are more easy to judge, just use a frequency list and determine if you think it’s worthwhile to learn the character alone or not.