This is the first guest article by Luke Howard, whom I met on one of the Hacking Chinese meet-ups here in Taipei. He speaks Chinese well and when he told me that he relies heavily on watching TV to learn the language, I naturally became interested and wanted to know more. I don’t watch much TV myself, so instead of writing about this myself, I asked Luke to write about it. Enjoy!

Television is a valuable asset in the modern language learners toolkit. The medium provides a convenient way to enjoy large volumes of passive listening practice in a stress free environment. 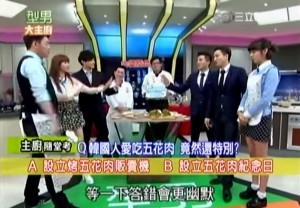 The combination of visual and auditory senses makes the medium accessible to the entire spectrum of Chinese learners, from the beginner through to advanced learners.

I have been watching television (and reading books) as the primary staple in my Chinese learning since I started nearly 4 years ago. With the exception of a 3 month experiment where I attended a University class, I am entirely self-taught. It’s the fun of learning in this way that brings me back day after day.

Watching television is a healthy part of any language learners diet. I hope that by the end of this article, you will have a desire to go out and explore the medium on your own terms.

Why learn from watching TV?

Whether it’s your primary source of study material or just complementary to taking classes, watching TV in Chinese provides an abundant source of native Chinese listening practice. By watching material that you find fun and interesting, your brain will absorb the material in a more efficient way.

If you live in a Chinese speaking country, cable TV is usually affordable and provides the most efficient way to access large amounts of content with minimal effort.

If that’s the case, YouTube has a great deal of user generated content, as well as uploads of many popular television shows.

For those that have extra discretionary income, I suggest buying box sets of TV shows that you enjoy. I’ve used www.yesasia.com many times before, and they provide free international delivery if you meet minimum order requirements.

Gotchas and how to overcome them

Many box sets and online sources provide an option to display subtitles in English. However, when English subtitles are turned on, your brain will derive all understanding from them, and filter out the Chinese sounds you are hearing. This means they act as a crutch that should be avoided as much as possible.

Chinese subtitles, however, are a great asset. They let your brain associate the sounds of the language with their written counterparts. This will only work though if you already have a basic understanding of how Chinese characters are formed (radicals, components etc) and can recognise a small number of common characters. Hacking Chinese has some great articles to get you started on the character learning journey.

Even in the beginner phase, it’s still usually possible to follow the plot and get the gist of what’s going on, just by using the visual imagery. Of course, you’ll miss all the subtlety, but if you choose shows that interest you, this rarely detracts from the enjoyment.

However, you will still occasionally misinterpret what’s going on for an extended period, causing you to lose an overall grasp of the plot. In these instances, I suggest going to English Wikipedia or YesAsia.com (if it’s an older show already in box set form) to read the plot for the show.

Some people may even prefer to read these plot guides before watching the show in the first place. I see no harm in doing so.

Names were one of the trickiest parts of learning Chinese for me, and you may or may not have the same experience. Since names are used frequently in television shows, having a strategy to deal with them is especially important.

I suggest using the plot descriptions, and pausing shows when names are used, to create Anki cards with names for each of the characters. Usually the main 3 – 4 character names will be repeated enough not to need this, but it’s very useful for all the rest.

Boredom is kryptonite for TV based language learners. Learning Chinese with TV is a mostly passive listening exercise that only reaps benefits with massive exposure.

If you let even a little bit of boring content through your filters, it will compound and kill your motivation to keep watching TV at all.

Don’t ever fall into the trap of spending hours finishing a series you originally found fun but now find boring, all just so you can say, “I watched all of show X.” It’s not worth it in the long run. 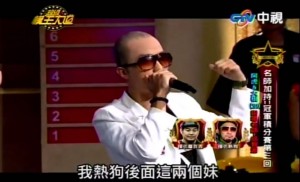 Add a dash of study

Watching television is a natural “spaced repetition” system, in that high frequency words come up over and over again.

Still, in the beginner and intermediate stages it can be helpful to look up some of the interesting words that come up frequently in a show that you’re watching, and then add it to a formal spaced repetition system like Anki.

There are a number of Chinese language learners that I respect a lot who advocate the use of tools like subs2srs. Subs2srs is a tool which automatically cuts the subtitles for a show up into sentences and creates Anki cards for you.

Having tried this a few times, I personally cannot recommend this technique. It creates too many cards and after a while the amount of time I spend inside my SRS outweighs the time I spend in front of the TV.

Still, many other learners have had success using these tools, so your mileage may vary. If it sounds like your thing, consult the interwebs for an abundance of information to get you started.

Shadowing is a technique whereby you pick a character from a show you like, and mimic everything he says. Trying to get yourself sounding as close to the real actor as possible works wonders for your Chinese.

Shadowing forces you to focus on grammar and speech particles that your brain usually filters out, helps make you much more conscious of where breaks in speech and pauses between words should go, and provides good intonation and tone practice.

A balanced study regime is essential to be most effective in learning Chinese. Watching television is a passive learning activity, and you’ll find that when you hear words (or see them in subtitles) that you’ve recently learnt in a more active study session, your brain will hone in on that word.

At this moment, having seen the word in context, your brain will then decide it must be important to remember and strengthen the association.

Without complementing television watching with more structured learning activities, you’ll lose many of the benefits that come from watching television in Chinese.