Studying a language is quite unique in that it’s the medium through which a number of other skills and talents are channelled through, which means that if you are studying Chinese at anything except a very, very advanced level, all these other things that might be very important in your life will be affected. Chinese will be a bottleneck through which only a limited amount of information can pass, creating tension and frustration, but also potentially making life more interesting. 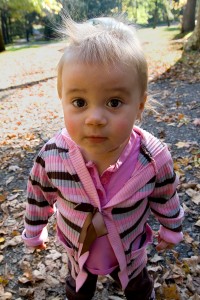 How funny or smart are you in Chinese, really?

If you consider yourself to be intelligent in general, the likelihood is that this isn’t the way you’ll feel when you speak Chinese, even at an advanced level. Most things related to intelligence is communicated through the use of words. Your family and friends know that you’re smart, perhaps because you’re good at understanding problems and finding solutions. You feel appreciated because of this, but when you start studying Chinese, all this goes away. People might think you’re smart if you learn Chinese quickly, but that’s about the only outlet for verbal intelligence that you have (I’m deliberately ignoring things such as being a chess grand master). Using a foreign language affects your own view of yourself as well as how other people look at you.

The next example deals with humour. What if you’re funny in your native language? Even though you have the wit necessary to be funny in English, it will take a very long time to become proficient enough to allow you to be as funny in Chinese. How often do you find eight-year-old children in your country to be witty in a way that you consider yourself to be witty? Learning something like this takes time and practice. You need to understand not only the language, but the people who speak the language and their culture as well. You need to grow up, in Chinese.

Children have limited mental abilities and lack experience. Both add up and mean that they can’t discuss everything and they’re only considered smart when compared to other children, not to adults. Studying Chinese sometimes gives me the feeling that I’m a child again. I lose some abilities I have in English and Swedish. Using these languages, I’m quite good at convincing other adults that I’m right, but switching to Chinese, I become eight years old again, barely able to get my meaning across and hardly managing to convince anyone. People listen patiently and understand, but something is still lacking.

Children haven’t yet acquired cultural knowledge to the same extent as adults, and the same is true for Westerners who approach any language firmly belonging to a different cultural sphere, such as Chinese. There are lots of cultural aspects of Chinese we simply don’t know anything about and catching up with adult Chinese speakers in this area probably takes longer than learning the language. This, again, means that we as students of Chinese are more like children than adults.

However, no one seriously believes that a foreigner is a child just because he happens to speak like a six-year-old. They can see that you’re an adult, they might know that you have a university degree and so on. Still, consider foreigners in your own country, how often do you really understand what they are thinking when they are struggling to ask for a cup of coffee? Even though we shouldn’t, I think it’s all too easy to treat language learners as children, because from our point of view, that’s what they are.

Having this bottleneck that makes you look like a child can be taxing in the long run, depending a little bit on what kind of person you are. In short, being stripped of some of your most highly valued abilities at the same time as being regarded as a child who doesn’t understand very much by the people around you, is a problem inherent in learning a language abroad. It’s not that people are deliberately mean, they usually do everything they can to help, but the barriers separating you from real communication are just too high.

Swallow your pride and allow yourself to become a child again

The best way to ease pressure is simply to swallow your pride and allow yourself to be a child for as long as it takes you to grow up. Another safety valve might be to talk more with people at home or other foreigners when you feel that the situation becomes unbearable. Just remember that the more you escape this predicament, the longer it will take you to truly grow up in Chinese. Children grow up by being children, they don’t grow up by hiding in a dark corner. Another way of approaching the problem might be to focus more on things that aren’t so dependent on languages. Literature, humour, philosophy, politics and so are based on language;  playing football, hiking or travelling are less so.

So the solution to this problem is quite harsh: suck it up. There are no ways around this problem that doesn’t involve escaping to another language, which defies the purpose of learning Chinese in the first place. Be brave, be strong, but make sure that you can release tension if you need to.