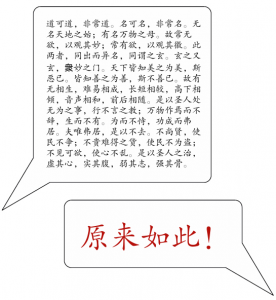 Ever wanted to sound more like a native speaker, but don’t have ten thousand hours to spend? In this guest article, David Moser shows how to effectively fake your way to better Mandarin. David holds a Master’s and a Ph.D. in Chinese Studies from the University of Michigan, with a major in Chinese Linguistics and Philosophy. He’s currently Academic Director at CET Chinese Studies at Beijing Capital Normal University. His previous contributions to Hacking Chinese include The new paperless revolution in Chinese reading. This article was originally written a long time ago, but in the post-truth world we live in, faking is more in vogue than ever!

Many Chinese, upon first meeting me, say something like, “But you sound exactly like a native Chinese! How is that possible?” (Those who have more than a five-minute conversation with me find this illusion quickly evaporating.)

I’ve often puzzled over why my Chinese at first leaves so many Chinese with this impression, and I’ve come to some conclusions that I am willing to share with the world.

The following are techniques that I seem to have unconsciously developed over the course of the past few years for the purpose of fooling Chinese people into thinking my Chinese is perfect.

Some are merely rules of thumb I apply in conversations with Chinese people. (As I once said to someone, “In speaking a foreign language, I’m all rules of thumbs.”) I am not the first to discover them, but I may be the first to openly admit to using them.

I’m joking, of course. This is similar to Steve Martin’s fake TV ad: “YOU CAN MAKE A MILLION DOLLARS AND NOT PAY TAXES!! How, you ask? It’s easy! First, get a million dollars…” But seriously, you do have to learn the language, of course, and a good accent is the first requirement, since it will get you 90% of the way.

If your pronunciation — especially the tones — is accurate, they will be willing to ignore glitches in grammar and bizarre lexical choices. Reasonably good pronunciation will lull them into a relaxed, uncritical mental state. Delaying conversations until the baijiu they are drinking kicks in is also a good strategy.

2. Say only what you know how to say

Don’t go out on a limb with complex, novel utterances. Stick to short phrases you’ve said a thousand times and are quite sure are idiomatic. Try to string these together into something coherent. Gary Cooper, not Proust.

If you do this, people will assume your reaction time is naturally slow. You don’t have to appear dense (though this has advantages), but it pays to have people assume you’re the type who contemplates each utterance carefully before speaking.

This gives you time to think carefully about what you want to say. It also gives the other person time to remember they have a plane to catch and to walk away from you completely, keeping your reputation as an awesome Mandarin speaker completely intact.

4. Memorize a lot of equivocating and meta-discourse phrases

These are things like, “Oh, how can I put it?…”, “Perhaps I can put it this way…”, and “Oh, what should I say?…” This will give you time to formulate responses and retrieve rusty lexical tools from the toolbox.

The listener has no access to what’s going on inside your head, and for all they know you really are searching through a vast list of words, looking for le mot juste that will perfectly express the subtlety of your position.

Of course, this device should not be over-exploited, or used at inappropriate times, otherwise you’ll blow your cover. Don’t say, “Hey, could you please hand me the… oh, how can I put this into words?… the salt?” This will give the game away.

5. Let the other person supply the word you need

What you do is to simply hesitate before uttering some crucial word, a word which you may not be sure of, but which should be obvious and highly active in the mind of a native speaker based on the context provided.

The listener, perfectly aware of what you want to say and impatient for you to get on with the conversation, will prompt you or provide you with a usable word. Try to time it so that you repeat the word a split second after they say it, so that it seems as if you, too, were about to say that word.

You: “And after being so rude, he didn’t even apologize, can you imagine that? The guy is such a…”
Other person: “Jerk.”
You: “…jerk, right. I was thinking to myself, ‘Boy, if I were that guy’s girlfriend, I would really consider… consider…’“
Other person: “Dumping him.”
You: “Dumping the jerk, absolutely…”

6. If you can use an idiom or a slang phrase, do so

Never mind if it really expresses what you had in mind. If it’s anywhere close in semantic space to your meaning, use it. This will win you many, many points with Chinese people. They will be amazed that you know such an idiom or usage, since they tend to believe their language is absolutely impenetrable to foreigners, and that Chinese are genetically hard-wired to recognize characters and parse classical Chinese.

7. If someone thinks you have somehow said something brilliant and insightful, do NOT disabuse them of this notion.

Strange things can occur during a conversation, and it might just so happen that, in some flailing response to a question, you actually stumble upon a sentence that seems to suggest sage-like insight into the topic at hand.

They might compliment you with something like “You have such a deep knowledge of the Chinese language, and also of our culture and way of thinking. How did you ever reach such an advanced level?”

Even though you have no idea why they are saying this, and maybe never even understood what the topic was, simply smile calmly, Buddha-like, and say “Nali nali”, a phrase whose literal meaning “Where? Where?” most accurately expresses your state of total bewilderment, but which will be interpreted by the native speaker as “Aw, shucks.”

Give punchy, black-and-white answers to questions, regardless of the complexity of your true opinion.

If someone asks, “What did you think of the movie?”, you may be thinking, “The cinematography was fabulous, natural-light interior shots with exquisite Vermeer-like shades of luminescent white – a pastel symphony! The acting, however, was wooden and strangely mechanical, though the woman who played the young daughter acted her role with a kind of crazy intensity that literally propelled the movie forward to that frenzied conclusion that left me drained emotionally. She also had a quirky sexiness that kept my eyes riveted to the screen. The guy sitting next to me was literally drooling into his popcorn…” and so on.

However, you are much better off if you answer the person’s question with something like, “Oh, how can I put it?… Just so-so. I could take it or leave it. I liked The Last Emperor better.”

The listener won’t have any idea what you really thought of the movie, but they will be impressed with the casual ease with which you express your opinions in Chinese, and will be amazed that you know phrases like “just so-so” and “I could take it or leave it”.

Well, there are a few more tricks I use, but these will give the learner a good start. My next few instalments include “How to Fake Playing the Brahms Piano Concerto no. 2 in D minor” and “How to Fake Being the President of a Superpower Nation”.

While it’s obvious that this article is written tongue-in-cheek (just like Why Chinese is so damn hard), much of the advice here is actually sound even if you don’t want to fake it. Personally, I think that learning filler phrases is extremely important to sounding fluent, and I must admit I sometimes also allow other speakers to fill in the word I’m looking for, which might make me appear to know more words than I do. What tricks do you use to appear more advanced than you really are?