I’ve been on vacation and haven’t thought too much about studying, which means that I have failed miserably to keep my vocabulary review queues at a manageable level. You might have other reasons for failing to do so or you might have other projects you really should finish before the end of the summer. I know I have. Rather than slogging away at this on my own, I thought I’d create a challenge that readers can participate in. 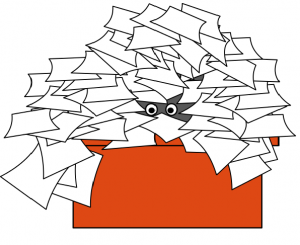 I have actually a fair number of things I want to do before the summer is over, but as specified above, I’m going to choose one or perhaps two closely related projects and use them in this challenge. This is not merely an example, mind you, I’m in the challenge too.

My summer vacation doesn’t really end in August, but since I have lots of other things to do after that, I will set September 1st as my deadline. This should also be reasonably close to when other people’s summers end and therefore a good end-point for this challenge.

Template for participating in the challenge

Regarding the deadlines, they are merely examples. I will use them, but it doesn’t mean that you have to.

How to handle quantitatively large projects

Getting through thousands of due flashcards or killing hundreds of leeches takes some serious time. Also, the point is to do something intelligent with these flashcards, not just go through them as quickly as possible (that would defeat the purpose). As usual, I advocate an active attitude to flashcards, so reviewing involves editing, deleting and adding cards according to your needs. Simply going through the motions is meaningless.

There are a few things you can do to make this easier:

Looks like I have quite a lot to do, time to start mushing!