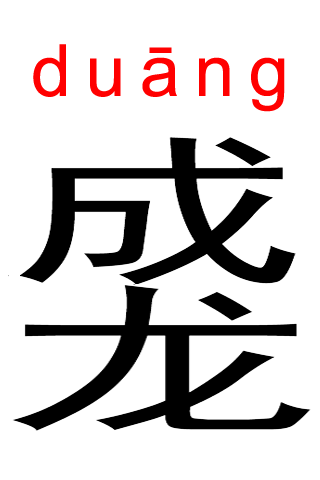 Based discussion forums, question apps and my personal experience, there seems to be an insatiable desire to learn slang in foreign languages. The only category of words/expressions that seems to outperform slang is profanity, although they could perhaps be sorted into the same category.

Personally, I don’t really understand this and have never felt the need to “learn some slang” or learn how to say “#$@&%*!” in Chinese.

Perhaps it’s a desire to become cool by using “cool” words? Perhaps just curiosity about interesting expressions (although I fail to see what makes them more interesting than other expressions)? Perhaps a desire to get a way from the oh-so-boring textbook? Perhaps a flirt with the subversive and dangerous? If you have a good explanation, please leave a comment; I’m genuinely interested!

Things to keep in mind when learning slang in Chinese

This doesn’t mean that you should never learn slang, it just means that you’re usually better off focusing on other things first. After all, if there are three near-synonyms for something, you probably want to learn the most common and universally used one first. Then you can learn other ways of saying the same thing, regardless if they are more or less formal, regional or whatever.

Slang is limited in several ways:

Looking at these limitations, it seems that learning slang is not a good idea. However, I want to make it very clear that that’s not actually what I’m saying. My point is that slang should be treated for what it is: informal spoken language limited to a certain context (time, space and so on). That’s true for all language, it’s just that slang is by its very nature more dependent on these factors than standard language is.

Learn slang, but only through natural acquisition

My advice is that you should definitely learn slang, but only when there’s an actual need to do so or it happens naturally in the context in which it’s used. Furthermore, if quick progress is your goal, you should learn standard words before you learn the slang equivalents.

In other words, if you study Chinese in your own country, learning slang as a beginner or intermediate learner is more or less pointless. You will have little chance to use it and if you do so later, it might already be out-of-date or inappropriate for some reason. It also takes up unnecessary effort that could have been more wisely spent.

In addition, if you learn Chinese to a conversational level and then end up in a situation where people use slang all the time, this will not be a problem. Sure, in the beginning, it will be hard, but since you have already learnt the structure of the language, filling it with additional words and expressions is not difficult.

I assume that most people who want to learn slang don’t do it because they imagine it’s extremely useful. Perhaps there’s little overlap between regular readers of this site and people who obsess about learning slang in foreign languages, but if you have something to add, please leave a comment!

So, finally, learn things that are interesting because they’re interesting, not because they are slang. An excellent way to do so is to follow Liz Carter on Twitter. She provides a regular stream of really interesting words and expressions, some of which are slang. You can also check ChianSMACK’s glossary.