When I tell people that I study Chinese, the reactions usually involve equal amounts of awe and curiosity.

“I’ve heard Chinese is the hardest language in the world!”
“Can you really pronounce all those weird sounds?”
“There are tones you can’t learn as an adult!”
“Do you really have to learn one character for every word?”
“Chinese is definitely too hard for me!” 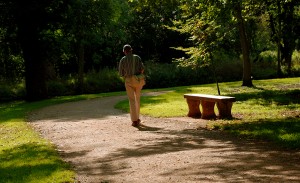 Learning Chinese, a walk in the park?

Most of the above ideas are misconceptions, spread by native speakers and foreigners alike. Native speakers like to think that their own language is particularly hard and foreigners who have learnt the language are also interested in boosting their own accomplishments. The result is that most people I meet think that it’s almost impossible to learn Chinese and that only language prodigies can do it. This is nonsense. It all depends on perspective and attitude, which is what I’m going to talk about in this post.

Why the question of difficulty is bunk

Whether you think something is difficult or not depends on what you already know, so saying that Chinese is harder than French is not a meaningful statement in general. Saying that Chinese is harder to learn for an English-speaking person than French is more meaningful. For a more detailed discussion about the difficulty of learning Chinese, check this article: Can you become fluent in Chinese in three months? and Is Chinese difficult to learn? This article will focus on aspects that make Chinese easier than you think.

Learning Chinese is easier than you think

Every language has its own unique features that might be regarded as difficult or troublesome in some way, but I believe that focusing on these problems is counterproductive for language learning. If you want to learn something, you want to become friends with it, you don’t want to regard it as an unbeatable enemy! I won’t deny that Chinese has unique challenges that are difficult to overcome, but try to look at them as being fascinating and exciting, rather than difficult or, even worse, impossible. That’s a self-fulfilling prophecy right there.

9 things that makes Chinese easier than you think

Here are a few things that make Chinese easier to learn:

A question of perspective

Now imagine trying to learn English if your native language has the above characteristics. This means you suddenly have to deal with a wide variety of problems you didn’t even know existed! I’ve helped many Chinese speakers learn English and I feel that their quest is at least as challenging as ours, coming from the other direction. If you look at the English written by native Chinese speakers, you can see what I mean.

Before it’s time to end this article, I should point out that learning any language unrelated to your own will take a lot of time, especially if you plan to learn it to an advanced level (and to be honest, Chinese becomes much more difficult when you go from trying to be understood to being idiomatically correct). Learning to read and write Chinese takes a lot longer than learning to speak, but that doesn’t mean that it can’t be done.

Learning Chinese is not impossible

If you think that it’s almost impossible to learn Chinese to a level where you can chat freely with Chinese people, you are mistaken. If you don’t spend all your time writing characters, I know for a fact that you can be conversant in Chinese fairly quickly (Scott Young came pretty far in 100 days). Mastering the language takes a very long time, but conversational fluency is another matter. For a continued discussion of the difficult of learning Chinese, see this article linked to above!