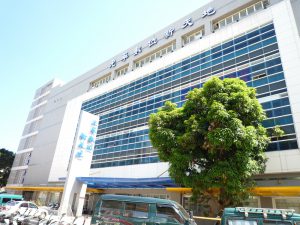 Expanding vocabulary beyond everyday language can be challenging. The problem is that because these words aren’t used in daily conversations very often, just speaking a lot of Chinese won’t necessarily help you. How do you learn to talk about computers, phonetics or shoes in Chinese?

By far the best way is to first get at least some passive understanding through reading and listening, and then put yourself in a situation where you have to use the language to accomplish real tasks. This could be anything from buying a new laptop in Chinese or taking a course in phonetics where the lectures are entirely in Chinese. In this article, I will focus on how shopping can help you learn Chinese.

How going shopping can help you learn Chinese

Shopping is a great way of learning a language. For example, the second time I moved to Taiwan, I brought my desktop computer from Sweden. Or at least I brought the expensive parts. That meant that I needed to go shopping for new a power supply, fans, a chassis, and a monitor.

Conveniently, in Taiwan  and other parts of East Asia, shops selling similar products are often clustered together. In Taipei, there’s a place called 光華商場 with literally hundreds of shops selling computers and other electronic devices, including peripherals, spare parts, monitors and much, much more.

I learnt a lot about computers in Chinese by spending two days walking around asking more or less the same question to different shop assistants. This is what happened:

The key ingredient here is the number of times I had similar conversations. If you live in a Chinese-speaking environment, you’re probably very good at introducing yourself and telling people why you’re learning Chinese. Why? Because people ask you all the time so you can practice. This is what I did with computers, but you can do it for anything really.

Shopping as an opportunity to learn Chinese

But it does make sense for language learning! I spoke with dozens of people and had long discussions about the things I wanted to buy. It wasn’t uncommon for these conversations to branch off into things that had nothing to do with computers (I went there during the day when there weren’t many other customers). People were curious about why I wanted to buy these things, how long I had lived in Taiwan and so on.

I chose the example above because it’s something I have actually done, but the same principle can easily be extended to other areas. When you want to buy new clothes, don’t just go to a shop and buy them, ask the people working there to help you! When you have done that, go to the next shop and do the same.

You can do this for anything people want to sell to you, including sports gear and hotel rooms. As long as you’re polite and don’t take up their time during rush hour, you should be fine.

Repeated exposure and usage is key

The most important thing to note is that having a conversation about something once is not enough. You need to hear roughly the same language many times, preferably from many different speakers used in similar sentences. Going from shop to shop is a great way of accomplishing this!

Naturally, you don’t actually have to buy anything either. I actually wanted to buy computer hardware when I went on my tour, but I could have done the same thing without actually being interested in buying anything, or perhaps I could have done the same even though I knew from the start what I wanted to buy. This might strike some as unethical, but I think it’s perfectly okay as long as you do it when there are few other customers around.

If you live in China, your homework is to try this for yourself. Either you do it as soon as possible or you wait until next time you need something. Remember, it will be hard the first few times, but the more you repeat roughly the same process, the better you will become at it.

Again, think of how much better you are at talking about yourself and why you’re learning Chinese compared to almost everything else.

When you have bought whatever you wanted to buy, make sure to leave a comment below and let the rest of us know how it went!