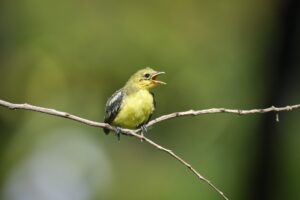 Pronunciation is one of the most important things to focus on as a beginner. Clear pronunciation makes communication easier, and nothing is more frustrating than trying out new words and phrases you have learnt, only for the listener looking puzzled and immediately switching to English. Getting to know the sounds of Mandarin is also essential for developing listening ability.

Unfortunately, good pronunciation doesn’t come automatically to adult learners. If that were the case, intermediate students would have excellent pronunciation, and this is simply not the case. Learning to pronounce a new language as an adult is not the same thing as learning it as a child, where acquisition is typically successful. This doesn’t mean that you can’t learn to pronounce Mandarin well as an adult, but it does mean that you need to invest time and effort. In this article, we’re going to look at how to do that!

How to learn Chinese pronunciation as a beginner

The earlier you start focusing on pronunciation the better. Most other areas of learning Chinese can be delayed without ill effects (such as learning characters), but the sounds tend to settle in early and it can be difficult to go back and fix errors later (see Best & Tyler, 2007). If you’re a beginner, this article is for you! If you’re not a beginner, it’s not too late to improve your pronunciation, but it will take commitment to do so; I’ve spent much time fixing both my own and other people’s pronunciation, so I know what I’m talking about here.

One of the most important factors when it comes to establishing the sound system of a new language is your attitude towards learning in general and pronunciation in general. If you care about pronunciation and really want to improve, half the battle is already won. Other factors you can influence is how much time you spend, what resources you use and so on, but more about that later. There are of course also factors that you can’t influence (such as your age, but no, you’re not too old), but let’s focus on the things that are within our control.

Before we go into how you should approach pronunciation as a beginner, I’d like to say a few words about courses and teachers. If you’re new to learning Chinese, you might think that you’ll get all the pronunciation you need by going to class, but this is almost never the case.

Pronunciation is usually confined to the first few weeks of the first semester, and then it’s assumed that everybody knows initials, finals and tones, even though this is clearly not the case. A teacher might occasionally correct you, but don’t count on it. Thus, if you want your Mandarin pronunciation to be clear and easy to understand, you need to take responsibility for your own learning.

I have written over fifty articles about pronunciation here on Hacking Chinese, all of them available for free, just like the article you’re reading now. However, if you want a more structured approach to pronunciation, I have also built a comprehensive video course that teaches you everything you need to know, whether you just started learning Mandarin and need to learn the basics (Pinyin, initials, finals, tones, etc.) or you have been learning for years and want to finally fix your pronunciation. Read more about the course here: Hacking Chinese Pronunciation: Speaking with Confidence.

With that said, let’s discuss how to learn Mandarin pronunciation as a beginner!

Listening is the foundation of good pronunciation

Your goal is to establish a system of sounds in your brain that is as close as possible to that of native speakers. This is more easily said than done, of course, because you already know the sound systems of one or more other languages. The only way you can build a robust and accurate mental map of Mandarin is through input, or in other words, listening.

You need to hear Mandarin as much as possible, you need to pay attention to details and learn how these details can be used to distinguish words in a way you’re not used to. For example, if your native language is not tonal, you need to learn that pitch contours (rising, falling, high, low) are used to differentiate words. If you want to read more about learning to hear tones and sounds, keep reading here: Learning to hear the sounds and tones in Mandarin.

By listening a lot, you gradually build mental representations of what the language is supposed to sound like, without which it’s impossible to consistently pronounce these sounds well yourself. When you listen, you ideally want some variation (different speakers, for example), but not too much (stick to standard pronunciation to begin with).

The best way to learn pronunciation is to mimic native speakers

It’s important that you base your pronunciation practice on concrete examples of clear pronunciation produced by native speakers. Listen to a word or short phrase many times, then say it along with the native speaker, as they say it. This needn’t be in a live teaching situation, of course, you can and should use recorded audio files for this type of practice. I’ve written more about mimicking here:

Record your own pronunciation and compare it with the target audio. Can you hear any differences? Even if you might not be able to spot every small detail this way, you’d be surprised at how much it’s possible to hear when listening to one’s own voice without being distracted by having to talk at the same time! If you think your voice sounds weird, you haven’t done enough mimicking practice.

Feedback is essential for learning and improving pronunciation

While you can get far by paying attention and mimicking, it won’t take you all the way. The problem is that your emerging mental system of sounds isn’t fully calibrated yet and there’s also a lot of interference from other languages you know, with the bottom line being that you might simply not hear the difference between two sounds that are actually different in Mandarin, or you might think you’re pronouncing a new sound correctly, but in fact you’re not.

Sadly, most teachers don’t have time to care much about their students’ pronunciation and many are weary of pointing out problems because they’ve had students who react badly. You can ameliorate the situation somewhat by telling your teacher that you’d really appreciate honest feedback and by acting like you do enjoy it, even when it’s frustrating, but that might still not be enough.

This doesn’t mean that it’s impossible to get honest feedback, of course, just that you can’t assume that all feedback you get is honest. You can still use how people interact with you to gauge how you’re doing: Do they frown? Do they hesitate? Do they seem puzzled? If yes, you might have a problem. Also listen for recasts, i.e. when someone repeats something you just said, but with the correct pronunciation.

If you find a native speaker or teacher who does give you helpful feedback and won’t tell you that you got it right out of pity, hold on to them and treasure them! I wrote more about getting feedback here: How to get honest feedback to boost your Chinese speaking and writing

My pronunciation course has a feedback option where I will give you detailed and systematic feedback on all aspects of pronunciation, but if you don’t want to hire someone to do this, you can try out a simple game that can elicit honest feedback from any native speaker. In brief, write down words that differ only in the aspect you’re interested in assessing (these are called “minimal pairs” in phonology), be it tones, initials or finals, then write down a sequence of words and pronounce them one by one. Let the native speaker write down what they think you’re saying and check their list against yours. Naturally, this is not limited to pairs and can be extended to twenty items at once if you want. I’ve described this activity more in this article: A smart method to discover problems with Mandarin sounds and tones.

The most commonly used system is Hànyǔ Pīnyīn, or just Pinyin for short, even if there are other systems you might want to look into as well (check this article series for more about other options, including pros and cons of each system). However, Pinyin does not have a direct mapping between letters and sounds, meaning that the same letter can be pronounced in many different ways, and that some sounds can be written in more than one way.

Furthermore, the letters in Pinyin are generally not pronounced like in English! It’s extremely important that you learn Pinyin properly; you should never guess how a syllable in Pinyin is pronounced, you should either know it or look it up so you will know it next time. If you assume that Pinyin is English, your pronunciation will be terrible.

Learning Pinyin is not very hard (even though learning the sounds can of course be a challenge, but Pinyin is not pronunciation, just a way of writing it down). There are only roughly 20 initials and 40 finals to learn. That might sound like much, but it really isn’t compared to, say, English, which has a syllable inventory many times the size of Mandarin. The easiest way to save you a lot of pain later is to make sure you learn Pinyin properly. Learn the spelling rules, the overlaps, the omissions and weird cases.

A guide to Pinyin traps and pitfalls: Learning Mandarin pronunciation

Basic theory can help you hear and say new sounds

My final piece of advice in this article is to learn the basic theory of Mandarin pronunciation. I’ve written an entire article about that (How learning some basic theory can improve your pronunciation), but here are some important reasons why theory matters for adult learners:

You can learn to pronounce Mandarin clearly and with confidence!

All articles on Hacking Chinese tagged with “pronunciation”

Editor’s note: This article, originally from 2011, was rewritten from scratch in April 2022.