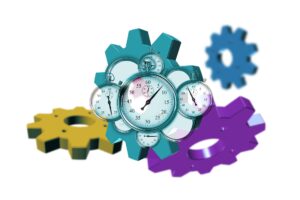 Ignoring the hype and self-promotion that is often involved, I think such stories can be instructive. Many people believe it’s impossible to learn a language quickly as an adult, but this is of course wrong. Showing that something is possible is a good thing it itself.

On the other hand, I also think that such stories can have the opposite effect. It’s easy to look at a polyglot who moves somewhere, immerses completely in the language, and dismiss the whole project, because you can’t  go abroad and only have a few hours a week to spare. There’s too much distance between us and what they’re doing, which might make us feel daunted rather than inspired.

Learning Chinese efficiently is better than trying to learn quickly

In this article, I want to suggest a better way of looking at language learning. While learning quickly, as measured in months or years, makes for great marketing material, it misses the more important point: efficiency.

Learning quickly requires efficiency and huge time investments, which means it’s only possible for a lucky few. In contrast, learning efficiently should be a goal for all learners.

Why is it good to learn Chinese quickly?

People learn Chinese for different reasons. If your motivation for learning is completely internal, meaning that you learn because you’re interested and enjoy doing it, speed is not important, even though your strong interest will help you invest more time and energy, which in turn will enable you to learn quickly.

Learning quickly is more important if your motivation for learning is more external (note that you can of course have both internal and external motivations at the same time). If you study to get good grades, to be able to communicate with Chinese people, or because you believe it will help your career, speed seems to be more relevant, as it will allow you to reach your goal faster.

Enjoying the journey while focusing on the destination

This article is not meant to be about motivation (which I will cover in an upcoming article), but research generally shows that more internal motivation is better and longer-lasting than external motivation, which I think most people are aware of intuitively. This menas that you should strive to find ways of studying we that you find interesting and enjoy, something I’ve written more about in Enjoying the journey while focusing on the destination:

Enjoying the journey while focusing on the destination

Also, focusing too much on the outcome reminds me of what Alan Watts once said about the meaning of life being to sing and dance, not to to get to the end of the music as quickly as possible. While his lecture is clearly more far-reaching than learning a language, it’s still a good counter to focusing too much on external results and reaching goals as quickly as possible (link to YouTube).

Learning Chinese as quickly as possible

So, if your goal is to pass a course with good grades, get a specific certificate to advance your career before next summer, or impress the internet, then speed really is important. Reaching a certain level in three months certainly sounds better than doing so in three years.

Still, this doesn’t mean that such learning projects are useless, it just means that you should focus on the things that apply to you. It might be that not all methods used by someone in an immersion environment studying ten hours a day will be possible for you, but most will!

For a good example of an inspiring and informative learning project, check Scott Young‘s guest article How to reach a decent level of Chinese in 100 days:

How to reach a decent level of Chinese in 100 days

The point here is not that he reached a decent, conversational level in three months, it is that you can do so too. If you spend less time, it will take you proportionally longer, of course, but most efficient learning methods work even if you don’t go all in.

Only a few should aim to learn quickly, but all should learn efficiently

For those who have varied motivations for learning Mandarin, at least some of which are intrinsic, learning quickly is not the right goal.

productive of desired effects
especially: capable of producing desired results with little or no waste (as of time or materials)

So efficiency is about delivering positive effects per unit time. Increasing efficiency, therefore, should be the goal for the full-time student and the dabbler, the ambitious and the lazy, and so on. Who wouldn’t want to get closer to their goal for each hour invested?

But wait, isn’t this just a different way of saying the same thing? Is there really a difference between learning quickly and efficiently?

Yes, I think there are several reasons why focusing on quick results can be inferior to focusing on increasing efficiency:

Before I round off this article, it’s worth bringing up a third relevant word: effectiveness. In essence, an effective method is one that gets the job done. This does not automatically imply that the method is also efficient, even though it could be.

For example, it can be argued that rote learning is an effective method for learning Chinese characters. It does get the job done, as proven by more than a billion Chinese people. It’s not very efficient, though, because they also invest an insane amount of time throughout their education learning to write characters.

That might be okay because the writing system suffuses the entire culture, but it’s very hard to replicate as a adult second-language learner. We need efficient methods!

Here are two things I think you as a learner should take away from this article: